For all that we know about the physicality of George Washington, how he sounded is less certain. 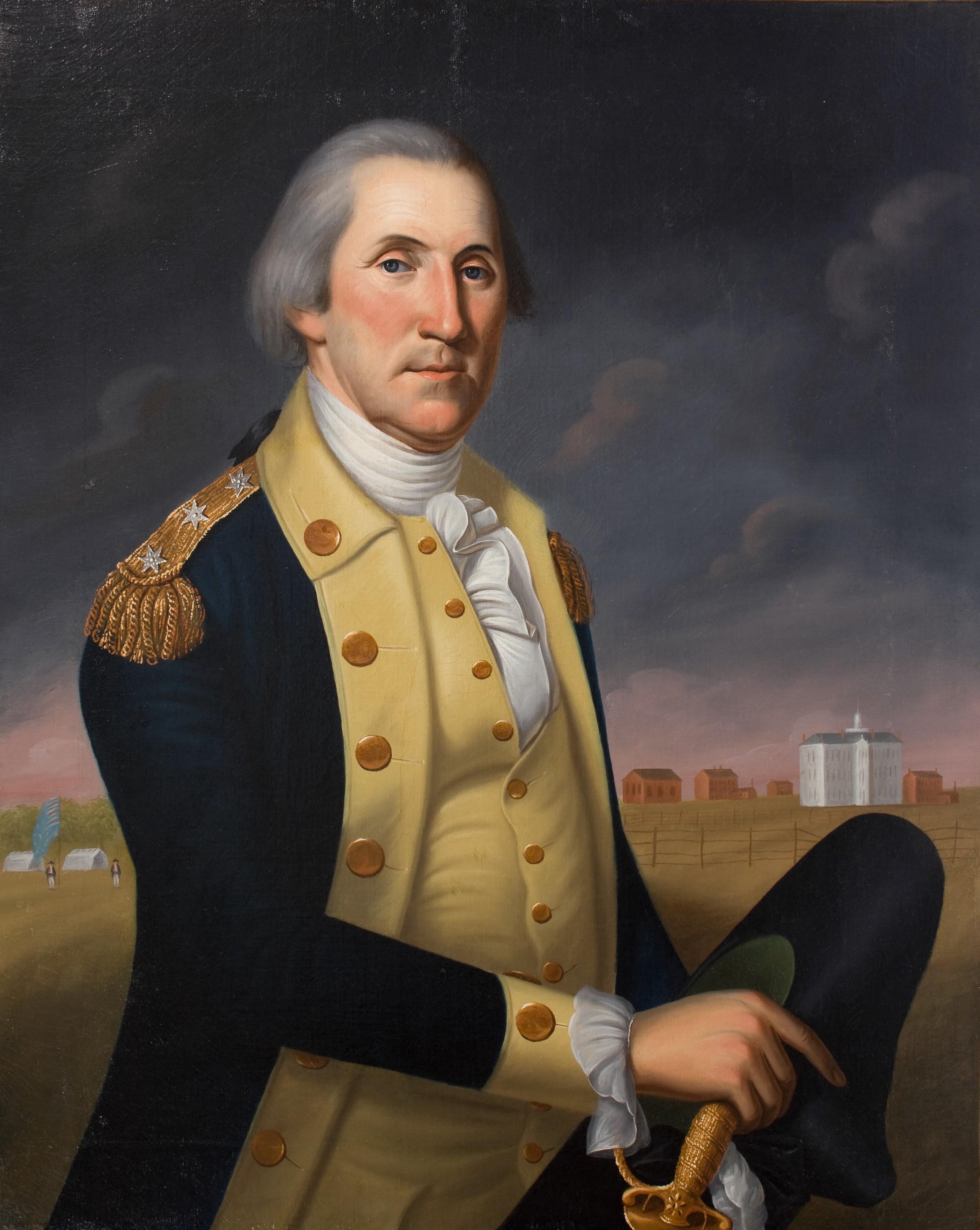 However, there is some evidence that suggests what Washington might have sounded like. Such as, his family background, the region of the country he lived in, and what his contemporaries said about his voice.

Modern actors have used this information to portray Washington, and over time, these portrayals have developed and changed. Due to the impact that portrayals can have on our understanding of the past, digging into primary and sources and comparing facts to later portrayals is key to understanding the difference between fact and fiction.

What Does History Suggest?

Research offers many clues to how Washington sounded. As to the question of whether or not Washington had an English accent, there are many possibilities. Washington was born on February 22, 1732 in Westmoreland County, Virginia. His parents, Augustine and Mary Ball Washington, were part of the gentry class and of English descent. Since the newly formed United States was physically separate from England, different dialects formed within the early colonies. Likely they would influence the accents of those around Washington in rural Virginia. Further, newer elements of the English language, adapting itself across the Atlantic, may not have made it to the areas with less contact to England. Washington’s accent may have been more influenced by the rural setting of his younger years than it was by his exposure to people with English accents. Considering all of this and his farmer upbringing, it is safe to speculate that Washington’s natural accent was, as Morse portrays it, predominantly American with a detectable English influence.

In his life, Washington suffered from a host of throat and lung related illnesses, including diphtheria, tuberculosis, epiglottitis, pneumonia, and quinsy (infection of the tonsils.) It is likely that any of these illnesses, or perhaps all of them together, had an influence on the tonality and strength of Washington’s voice. Steve Yoch, author of the book “Becoming George Washington” cites Washington’s bout of pleurisy, an illness which involves inflammation of the lung tissues, as the cause of his voice being “high, weak and breathy.” Washington also suffered from numerous tooth problems, so he attempted to keep his mouth closed as often as possible to hide any unsightliness. This habit may have caused Washington to speak with a slight murmur, an element that was highlighted in both Morse and Kahn’s performances.

Washington’s contemporaries described his voice similarly to the way that Morse, Kahn, and others have portrayed it. Fisher Ames, a representative in the United States Congress, said Washington’s voice was “deep, a little tremulous, and so low as to call for close attention.” Other contemporaries of Washington described his tone as dispassionate, which Paul K. Longmore, author of “The Invention of George Washington” argues reassured Americans of a lack of emotionality that could have led Washington to tyranny. George Mercer, a friend to Washington, wrote that “His voice is agreeable rather than strong.” Mercer’s comment supports the idea that Washington’s voice may have been weaker than what has been popularly portrayed.

The nature, the details, and the truth of Washington's story all depend on who tells it.

In many early depictions of Washington, he is portrayed by actors with an English accent. Take, for example, Montagu Love’s portrayal in the 1939 short film Sons of Liberty. Love, from England originally, speaks with a deep voice and an English accent. The tone of his voice adds an austerity to General Washington’s personality in the filmic depiction, which features him very little. When Washington is shown, a layer of seriousness to the scene is partially established by Love’s imposing vocal performance. When Claude Rains took on the role of Washington in the 1952 episode “Three Words: Liberty or Death” of Cavalcade of America, a radio anthology drama series, he too spoke with a deep tonality and an accent. Rains spoke naturally with a hybrid American-English Cockney accent which is transferred to the General.

After the early days of English-accented Washingtons, his voice began to have a less pronounced English accent in favor of a more modern, American one. In the 1961 film Lafayette, Howard St. John as Washington speaks with a scruff, but higher-pitched, voice than older depictions. St John, originally from Indiana, speaks with an over-pronunciation that accentuates his standard, albeit posed-sounding American accent. Will Geer, who played Washington in two episodes of the popular series Bewitched in 1972, gave him an air of wisdom through his vocal performance. He spoke certain words with pointed inflections that added a veracity to the General. Further, as Washington is portrayed in the final year of his life, Montagu allows a slight waver to color his American accent, which serves to age his character and add realism.

In more recent portrayals, Washington’s English accent, with few exceptions, has diminished, and the pitch of his voice is low. Peter Graves as Washington in the 1979 TV movie The Rebels speaks with an authoritative, distinctly American accent. In the 2015 miniseries Sons of Liberty, Washington is portrayed by Jason O'Mara. O’Mara speaks with a strong, thick voice and an American accent. The strength of the General’s voice gives him an air of experience and wisdom. In the series Turn: Washington’s Spies, Washington, played by Ian Kahn, has a full English accent. Kahn as Washington speaks with a growly tone from a low register. His English accent was inspired by Kahn’s study of Washington in preparation for the role. On the choice to do the accent, Kahn said he took his inspiration from the assumption that the General would have sounded a bit like an English officer because, as a young man, Washington was frequently around English officers.

David Morse in the 2008 miniseries John Adams took a similar, research-based approach to developing Washington’s voice. The result is a low-pitched, raspy, and tremulous voice. Morse opted for a very slight, English accent, especially compared to earlier depictions and Kahn’s performance in Turn. On the search for the right voice, Morse commented, “The accent back then was probably nothing like what we think of as a Southern accent now or a New England accent now, so we tried to find the root of the accents. For Washington, it was a little bit of Cornwall, that western country English accent with a trace of farmer.” The tremulous nature of Morse’s voice in John Adams adds a quiet, reserved nature to Washington that is not as pronounced in other performances.

Washington has inspired numerous portrayals from the stage to the screen, each of which has taken an approach to the unknowable exact nature of the General’s true voice. The pattern shows a tendency towards Washington having an English accent in the earlier portrayals and a shift towards a less pronounced accent in more modern depictions. It is important to note that portrayals are just that: portrayals. Research can only provide clues, and without a recording of the General’s voice, the exact nature of it can never be known.

Even minor elements of portrayals can work wonders in influencing our understanding of Washington. A deep, strong-voiced Washington may not be a conscious choice on the part of the actor, but it may have an unconscious effect on the hearer’s understanding of General Washington’s character. A raspy, tremulous voice may not inspire the deep, patriotic sentiments that images of Washington are wont to generate, but it is the most likely nature of his voice. Portrayals have the power to make George Washington in to what we want him to be, rather than who he really was.

Boo! George Washington has been the subject of numerous ghost stories.

President Washington in the White House?

Some of the most commonly known "facts" about George Washington are simply not true! Go beyond the mythology and find out how much you don't know about the man.