George Washington signed the Constitution of the United States on September 17, 1787 at Independence Hall in Philadelphia, Pennsylvania. 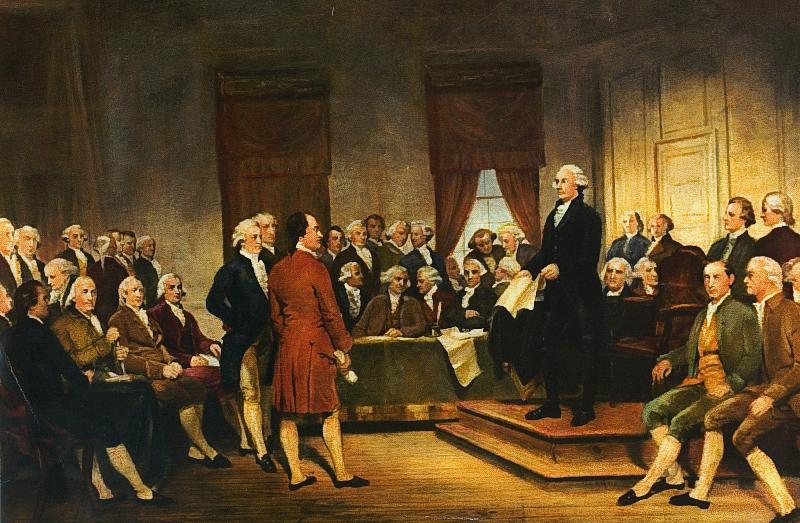 George Washington spent the spring and summer of that year presiding over intense and lengthy debate over the future of the United States. A crucial force in this process, Washington's careful mediation helped facilitate an atmosphere which allowed for the compromises necessary to create this bold, new government.

After four long months of fierce debate, the delegates finally came to an agreement and created the U.S. Constitution as we know it today.

Be Washington™: It's Your Turn to Lead

Do you have what it takes to lead like Washington? In this new interactive experience you will step into the shoes of the first president and commander and chief and make the very same decisions he had to.

See how our founding fathers, led by George Washington, created the United States Constitution. Born of compromise, this founding document laid the foundation for our more perfect union.