During the spring and sweltering summer of 1787, George Washington provided guidance for 55 state delegates who gathered in Philadelphia, Pennsylvania to fiercely debate the future of the United States.

The group of men had originally meant to gather with the intention to revise the Articles of Confederation, as they were seen as just barely holding their new country together. What happened instead ended up altering the course of history. 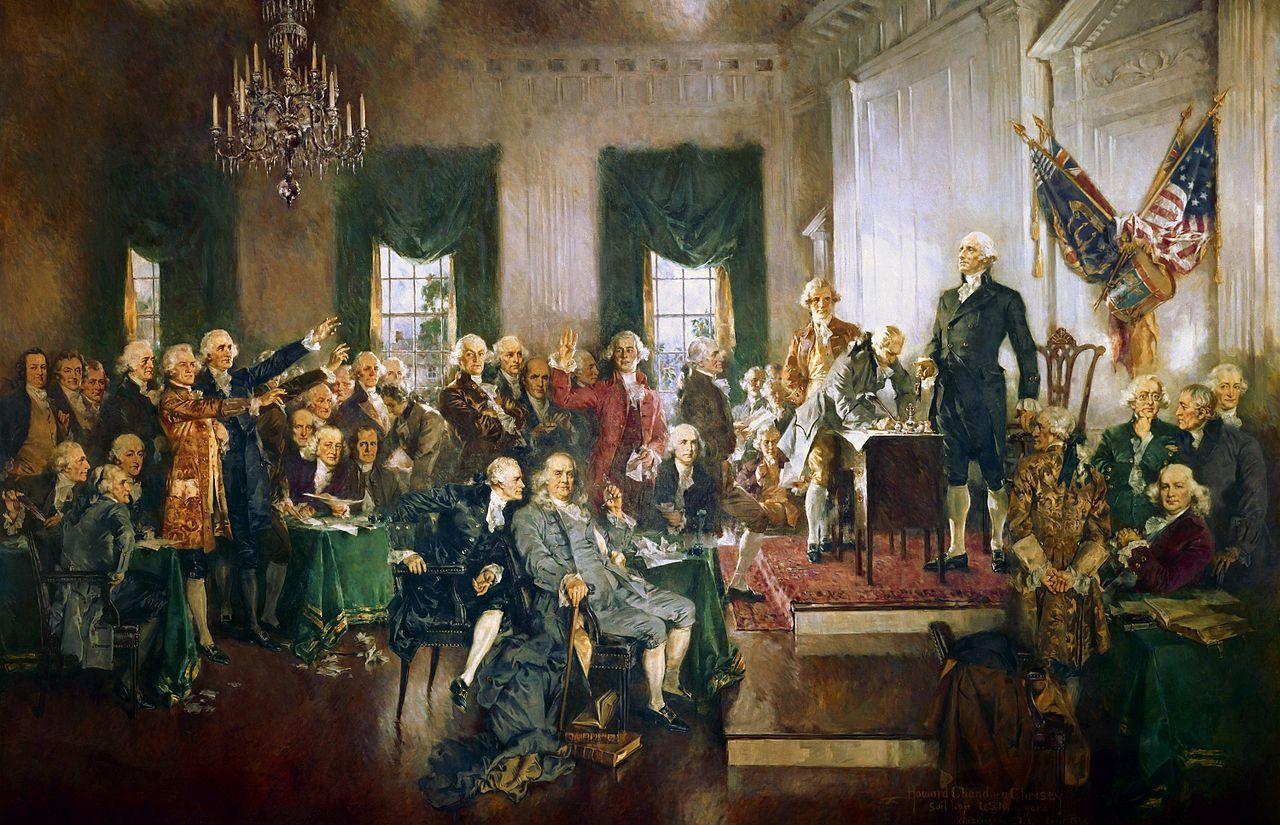 Soon after the convention began, on May 14, 1787, the delegates unanimously elected Washington to be the convention president. This was one of the few matters they agreed on, as they were a group of passionate federalists and anti-federalists. In presiding over the Constitutional Convention, he worked to forge consensus, demanding complete secrecy as the delegates set about the controversial task of not just revising the Articles of Confederation, but scrapping them all together.

How Did George Washington Contribute to the Constitution of the United States?

Rising above conflicts between individual states, Washington created an atmosphere that allowed convention members to reach the compromises necessary to create a bold, new government. He stayed relatively quiet, allowing the delegates to debate the foundation of the Constitution amongst themselves. While Washington held the belief that America should have a strong central government and a single executive leader, he did not allow his bias to sway the other delegates. Washington mainly participated to keep order and provide a deciding vote on a variety of proposals.

Read about the Constitutional Convention in greater detail on our digital encyclopedia.

After four months of intense debate, the delegates finally came to an agreement, and on September 17, 1787, the Constitution as we know it was born. The important role Washington’s commanding presence played in achieving this outcome cannot be underestimated. Perhaps James Monroe summarized this role best when, in a letter to Thomas Jefferson, he said that “Be assured, [Washington’s] influence carried the government.”

Years before the convention, Washington expressed concern that the bold experiment he risked his life for would not succeed for want of lack of unity. In a letter to James Madison on November 30th, 1785, Washington wrote that:

“We are either a United people, or we are not. If the former, let us, in all matters of general concern act as a nation, which have national objects to promote, and a National character to support—If we are not, let us no longer act a farce by pretending to it…”

While Washington feared disunion, his leadership during the convention ultimately succeeded in uniting the delegates, and the new nation, behind the idea of a new federal government. There was no blueprint for this monumental undertaking, but it ultimately produced one of the world's greatest political documents, the United States Constitution.

In those four months, Washington watched over the convention from a chair that had a sun painted on the back of it. Benjamin Franklin was unsure during the convention of which direction the sun was going. As the constitution was being signed, Franklin was famously quoted as saying “I have the happiness to know that it is a rising and not a setting sun”.

Learn more about how the Constitution was created