On Christmas night, 1776, George Washington led the dwindling forces of the Continental Army in a daring crossing of the ice-choked Delaware River. 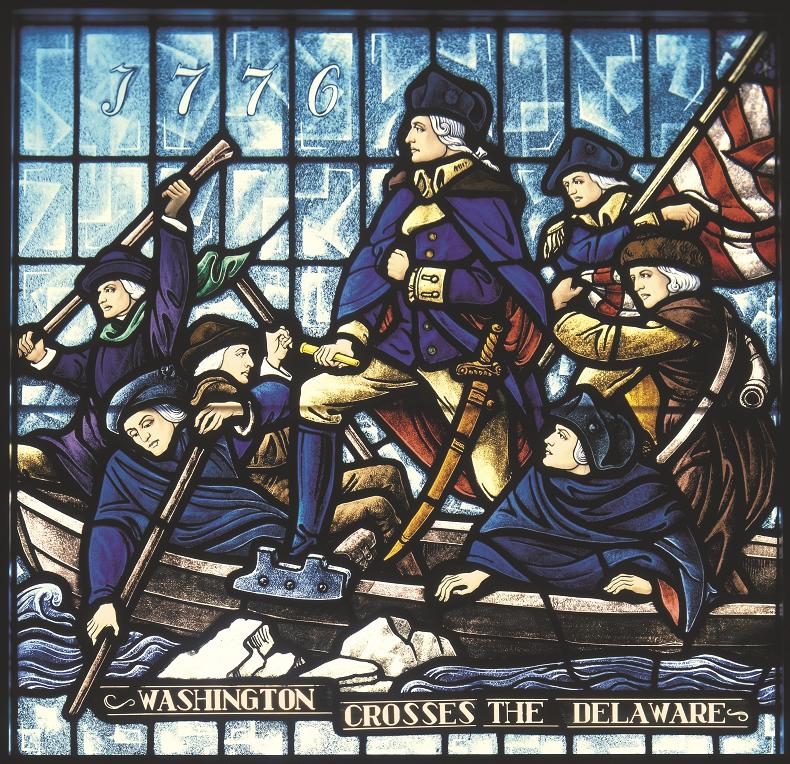 They were en route from Pennsylvania to a successful surprise attack that routed the British and Hessian troops encamped at Trenton, New Jersey. This victory reignited the American revolutionary cause, and the bold action almost immediately became the stuff of legend.

The crossing has become an iconic moment in American history and has inspired numerous artists to envision the event, with images gracing everything from grand canvases to political cartoons to food packaging. We will never know exactly what Washington’s crossing looked like, but each depiction offers a new interpretation of the moment’s challenges, heroism, and leadership.

In 1819, portrait painter Thomas Sully completed The Passage of the Delaware, the earliest known representation of the crossing. Unlike many later artists, Sully depicted the moment before George Washington began his passage: the general sits astride his white horse on the Pennsylvania side of the river, looking over his shoulder to observe his troops as they begin to cross.

Calm and resolute, the central figure of Washington dwarfs the men under his command. In Sully’s composition, Washington remains isolated from the action, leading from above.

10 Facts about Crossing the Delaware

Learn more about General George Washington and the Continental Army's famous crossing of the Delaware River on December 25-26, 1776.

Why did Washington cross the Delaware River? And what happened after during the Trenton-Princeton Campaign?

The most famous representation of the crossing is German-American artist Emmanuel Leutze’s 1851 painting. More than 165 years after its creation, the painting is one of the best known in the United State. Leutze was a supporter of the 1848 European revolutions, Leutze hoped to inspire new struggles for liberty and democracy. He intended his composition to be allegorical, rather than historically literal.

The clothing of the American soldiers suggests diverse geographic origins, from frontiersmen wearing buckskin breeches to a recent Scottish immigrant in a traditional “Balmoral bonnet” to Pennsylvania farmers in wide-brimmed hats. General George Washington and Lieutenant James Monroe stand above the rest. Leutze places Washington at the center of the action, perched on the bow of the vessel as his men navigate icy waters. The general is immortalized as a heroic leader, but also a democratic one, enduring the perilous crossing alongside his troops.

While truly an iconic piece, the painting is not an accurate reflection of Washington's crossing. The army crossed the Delaware River at night, in large flatboats, during a snowstorm. Leutze also based the river on the Rhine in Germany, where he painted it. He chose the content for emotional and symbolic impact, not historical accuracy. 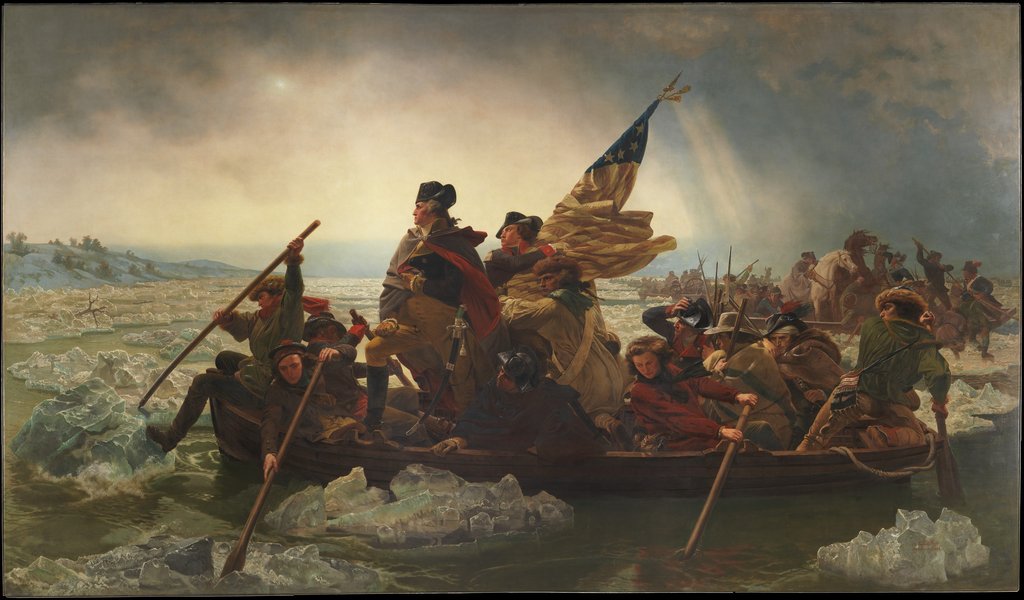 Washington Crossing the Delaware, Emmanuel Leutze, 1851, Courtesy of the Metropolitan Museum of Art.