The Widow Custis' Inheritance in the Blue Room

Among the mid-century (18th century that is) style furnishings that will make their appearance in the Blue Room is a mahogany bureau dressing table, a Richmond-made reproduction of a Williamsburg-made original that once seamlessly translated British style to the colonies. 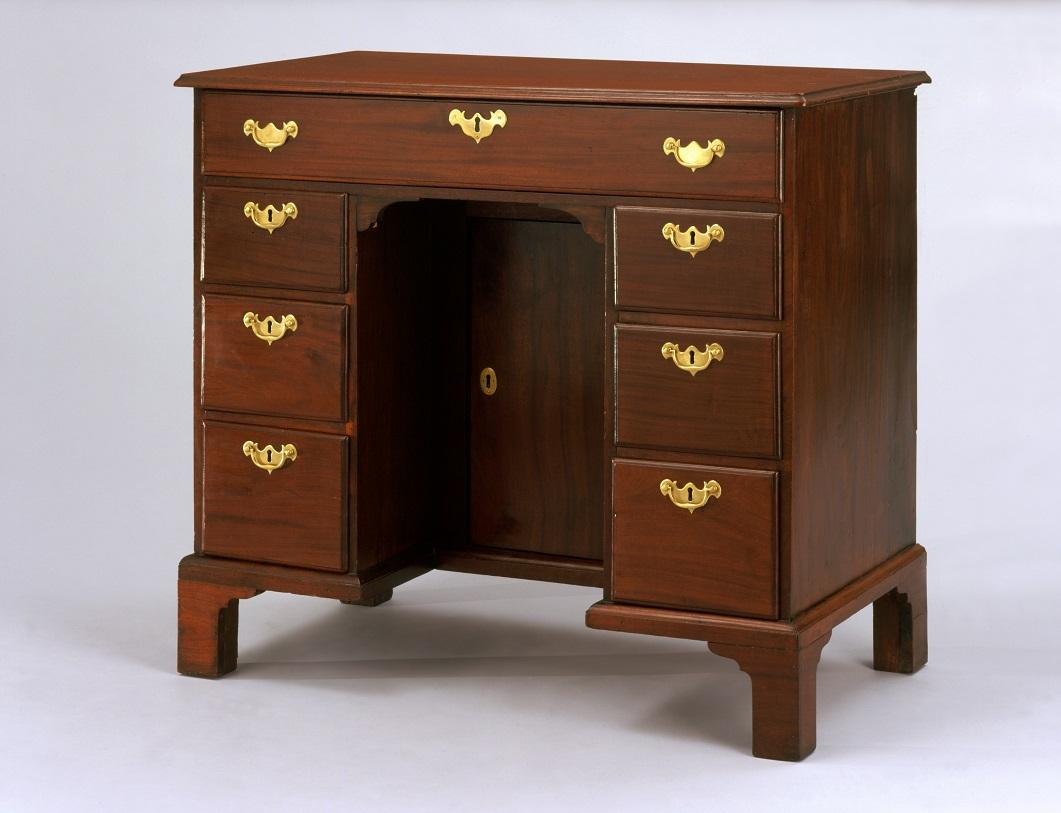 Remarkably, the original receipt for the pair also survives, making the Custis-Washington dressing tables the only documented example of furniture by Williamsburg cabinetmaker Peter Scott (c.1695-1775), a British cabinetmaker who had trained in London before immigrating to the colonies. Acquired in 1754, the dressing tables were first used by the Custis’ at their White House estate in New Kent County, Virginia.

Called “bureau dressing tables” in the Custis estate documents of 1759, the distinctive form featured multiple drawers and a recessed, knee-hole cabinet—a multipurpose form that could be used for dressing, writing, and securing jewelry, accessories, and other valuables. Its clean lines exemplified the spare but solid craftsmanship of good British furniture. 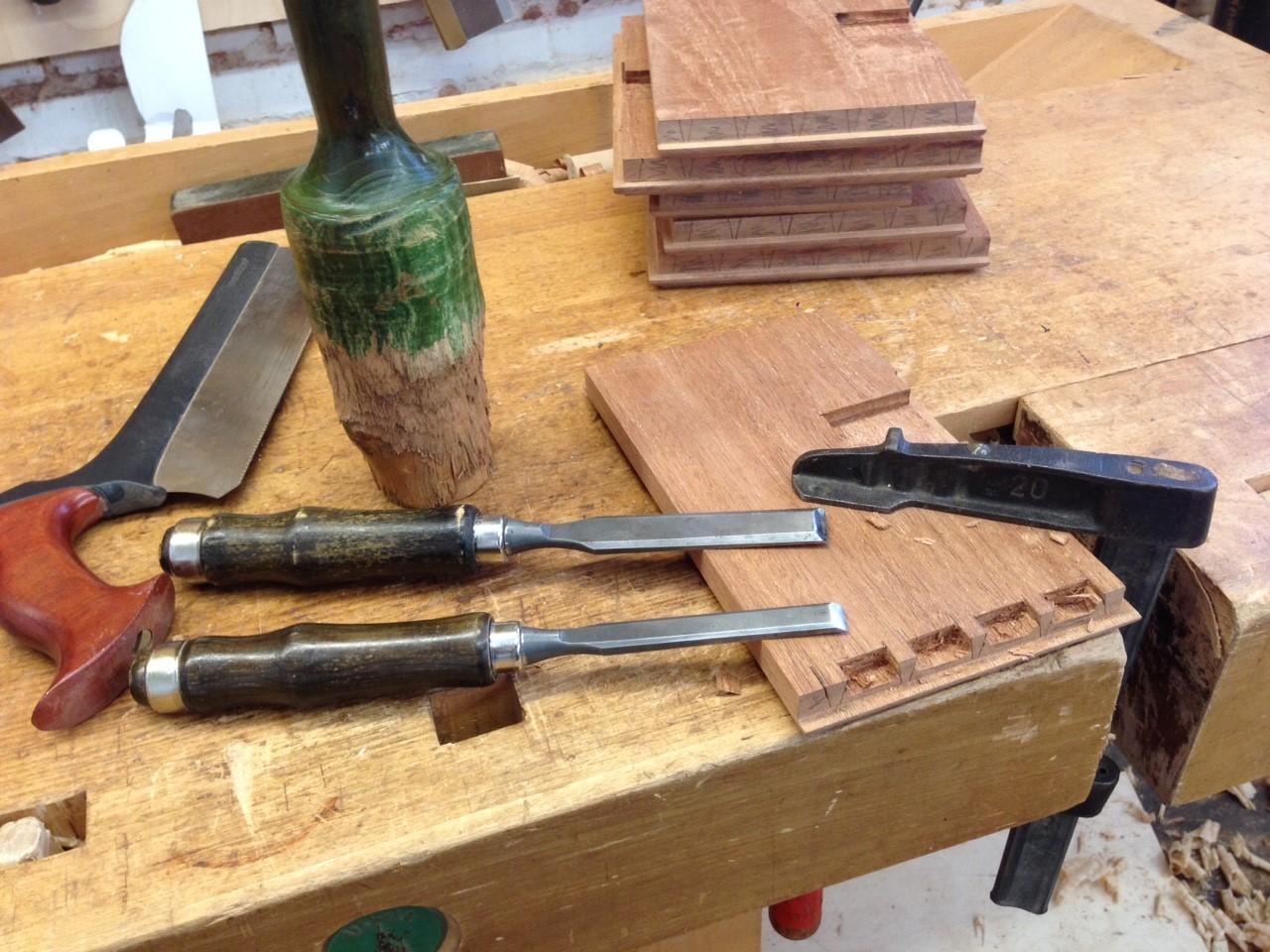 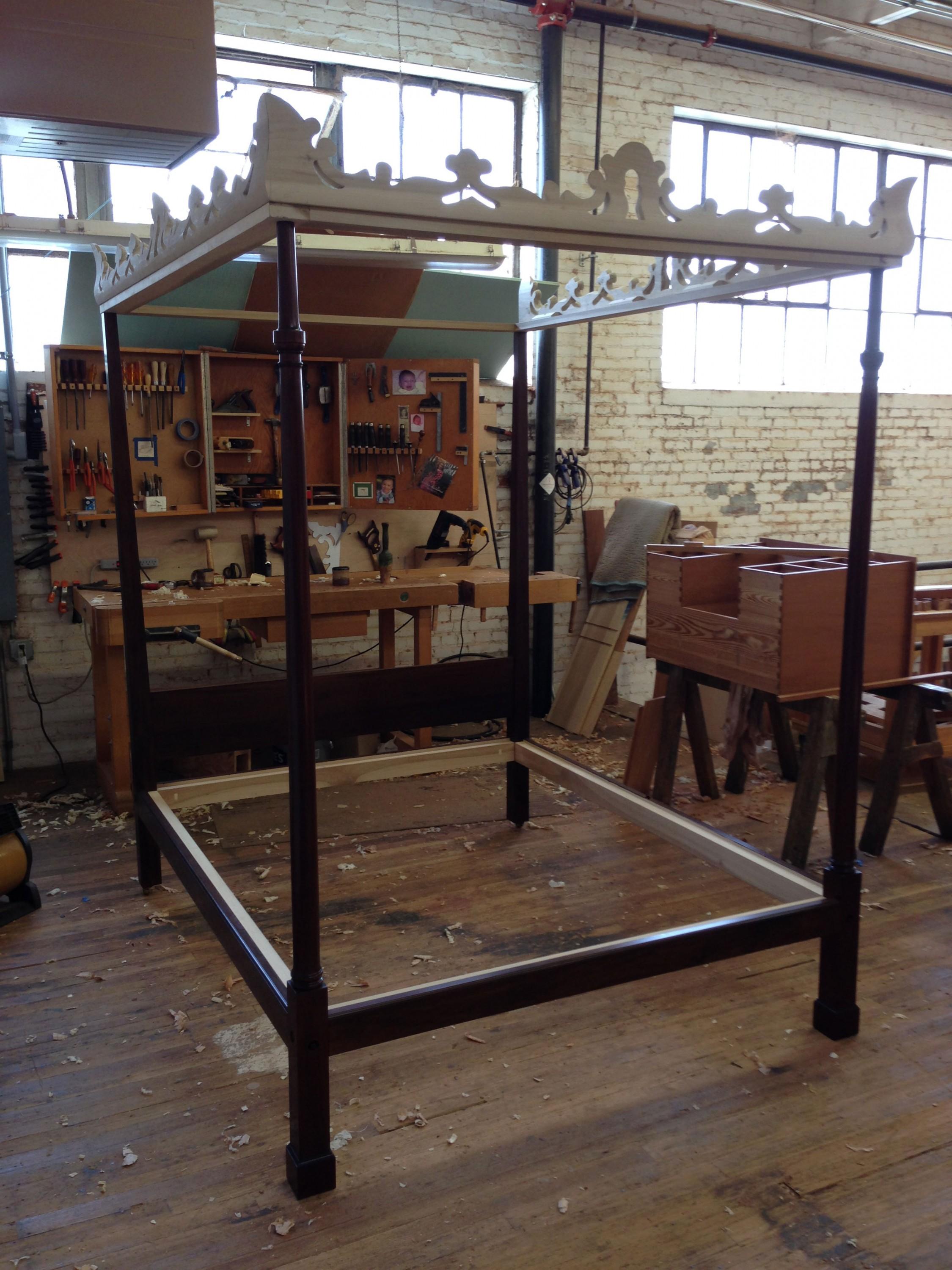 The dressing tables were not the only pieces that Mrs. Washington brought from the Custis estate to Mount Vernon: there were two dressing glasses (small mirrors on stands) that paired with the tables, marble-topped sideboard tables, beds, linens, and even a chariot and horses that suddenly raised the standard of living at Mount Vernon. Over the next forty years, these furnishings would be winnowed as some fell into disrepair, out of fashion, or were given away, but the dressing tables appear to have remained in use. Now representing the second of the original pair, the dressing table in the Blue Room testifies to Mrs. Washington’s inheritance and her enduring part in creating Mount Vernon’s interiors. 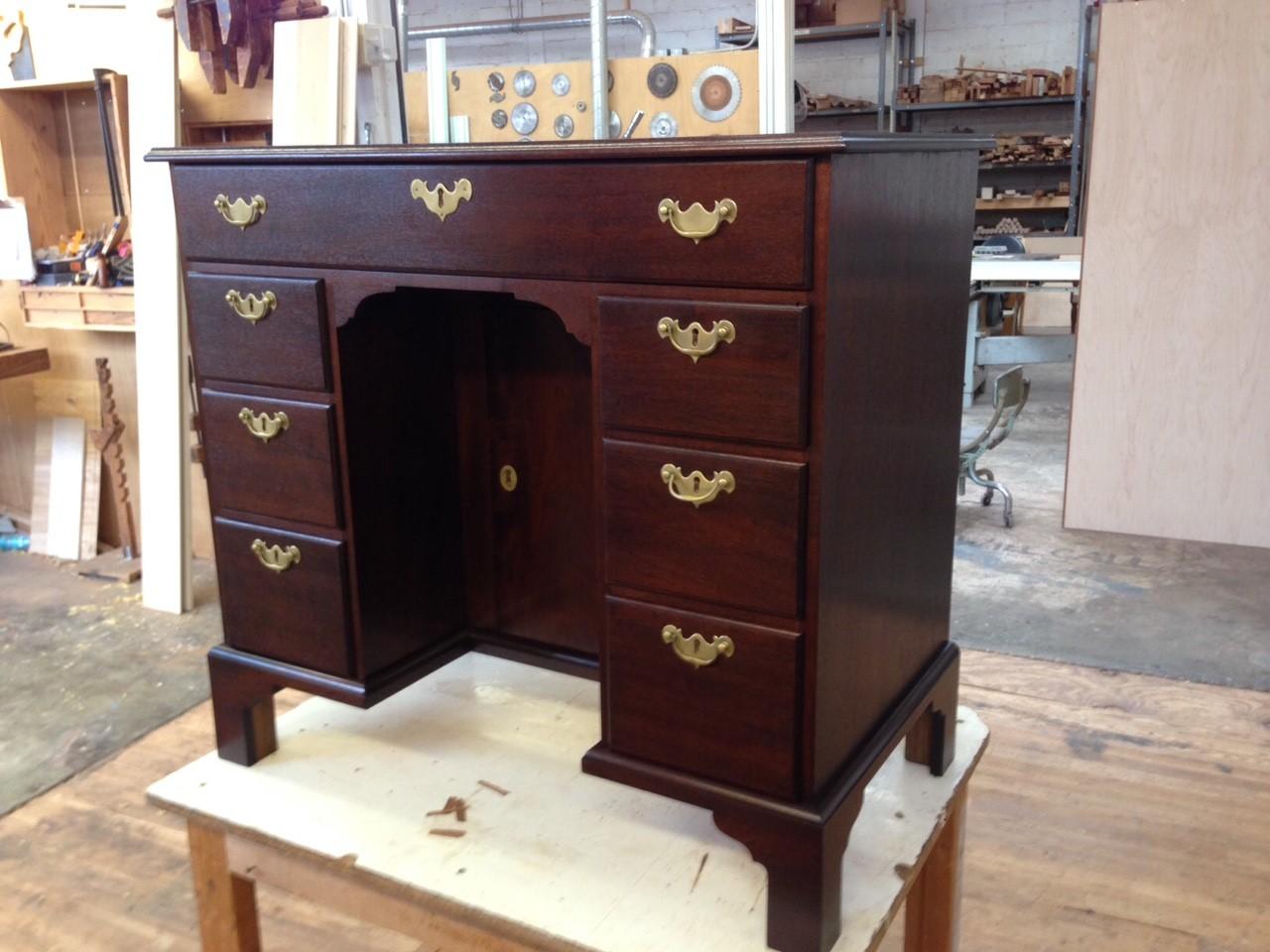