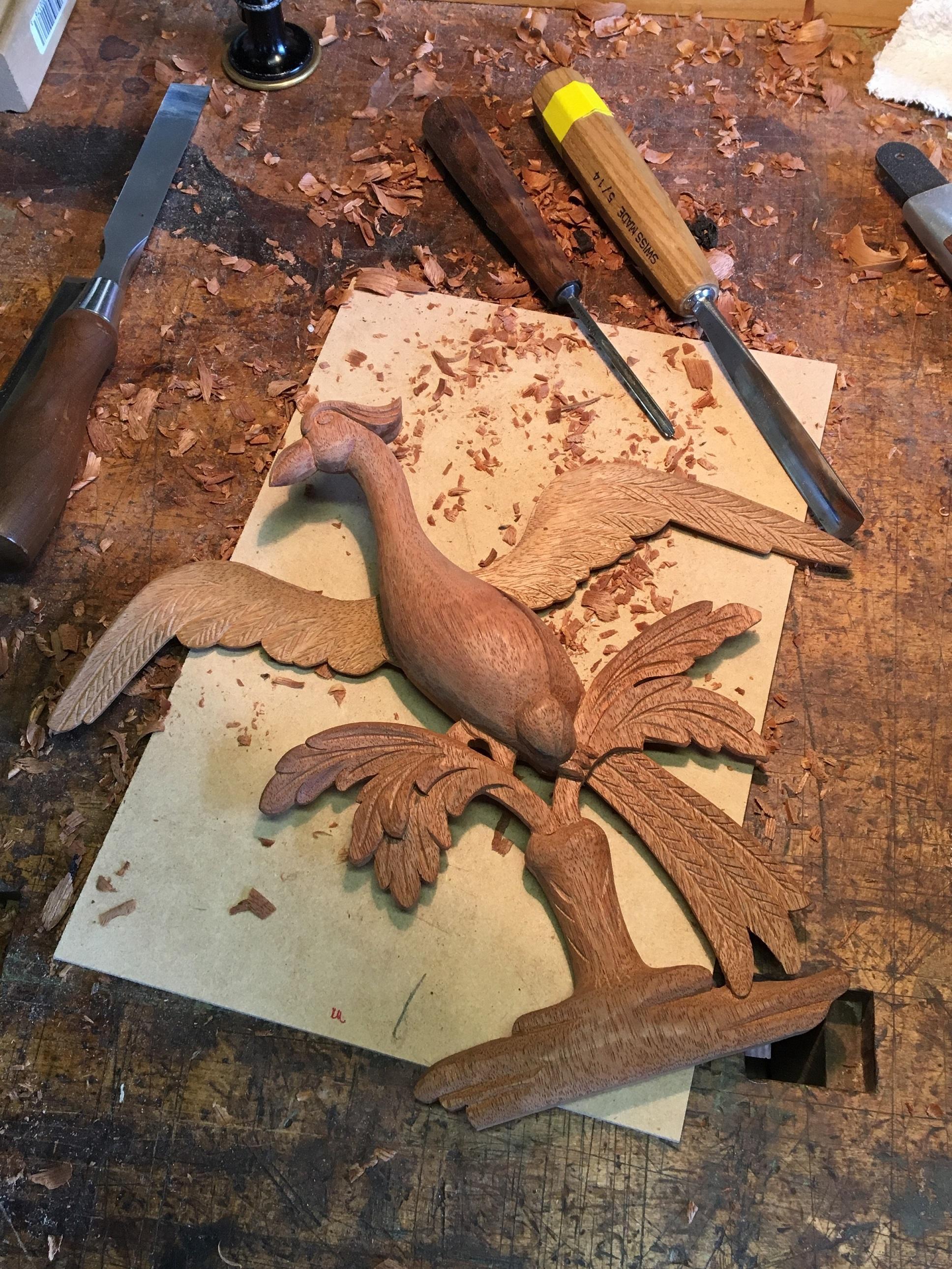 By 1799, the contents of the Blue Room notably included “1 large looking glass.” To represent it, curators chose a period example typical of the large, pediment looking glasses available at the time. But as we discovered, it was missing its crowning feature.

Overall, the looking glass was in relatively good condition with a long and storied history, said to have been used in the Philadelphia executive mansion by the Washingtons and later owned by a member of the Peale family of painters. In 1961, First Lady Jacqueline Kennedy chose it for display in the Green Room of the White House, as a part of her campaign to furnish the White House with historically important American antiques.

View the looking glass on loan to the White House in the Green Room in 1962 here.

But the cast brass eagle at the top was noticeably awkward and out of place, likely added in the late-nineteenth century before the mirror was given to Mount Vernon. When compared to intact period looking glasses, it was clear the current eagle had replaced a delicate carved wood and gilt finial that, due to its precarious perch, had been damaged and lost. The original finial would almost certainly have been a bird, and specifically, the mythical phoenix, a favorite ornament of rococo designers. 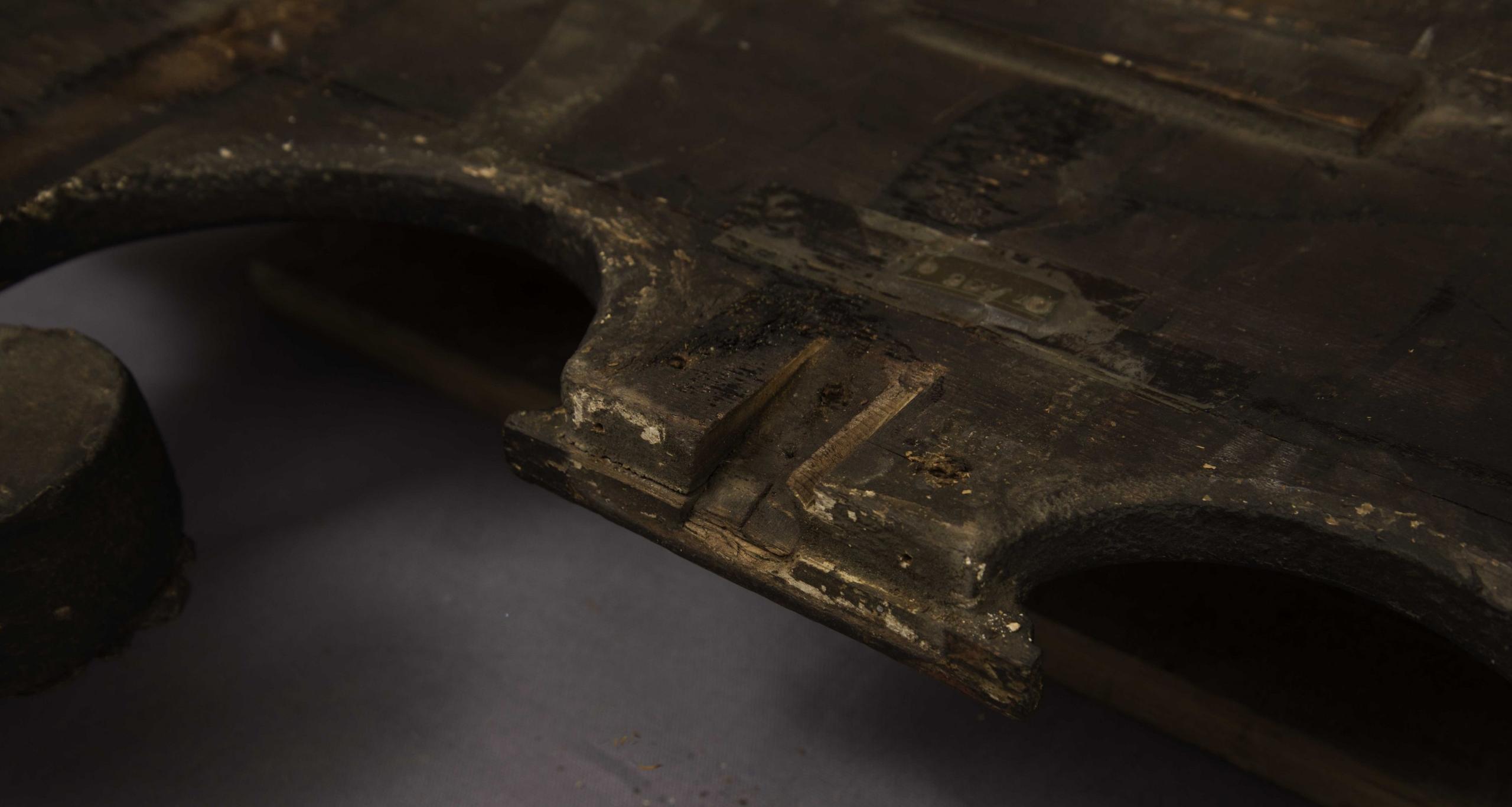 Before installing the looking glass in the Blue Room then, we elected to replace the Colonial Revival eagle with a reproduction carved and gilt phoenix, based on an original finial on a Washington-owned looking glass. In addition, several carved ornaments will be restored that are also missing from the pediment rosettes and the sides.

See the new phoenix rise again at the Blue Room opening in October!