As discussed last week, the reproduction bed for the Blue Room will be based on a “fashionable” blue-and-white draped bed ordered by the Washingtons in 1759. That bed no longer survives, but fortunately, the detailed descriptions do. One of the bed’s most distinctive features, and the most challenging to interpret, was the cloth-covered “neat cut Cornish” that crowned it all. 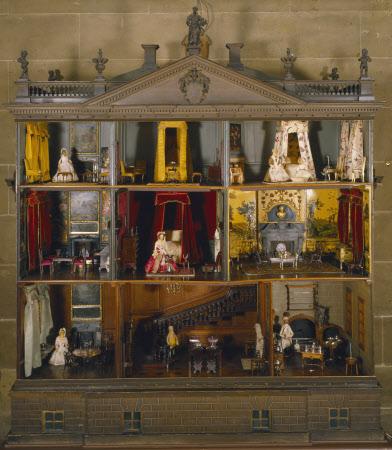 For a fashion-conscious consumer in the mid-eighteenth century, cornice options included carved, painted, gilded, paper-mache, or fabric-covered treatments.  In his initial order, Washington requested either “paper-mache” or “Cornish covered with cloth,” deferring the final decision to his agent, who ultimately chose the cloth-covered type for the Washingtons.  Cloth-covered cornices had the advantage of displaying more of the expensive show-fabric, and further contributing to the “uniformly handsome and genteel” look that Washington requested, as a part of the whole stage-set of the room. Surviving covered-cornices are relatively rare, but they attest to the myriad forms they took. 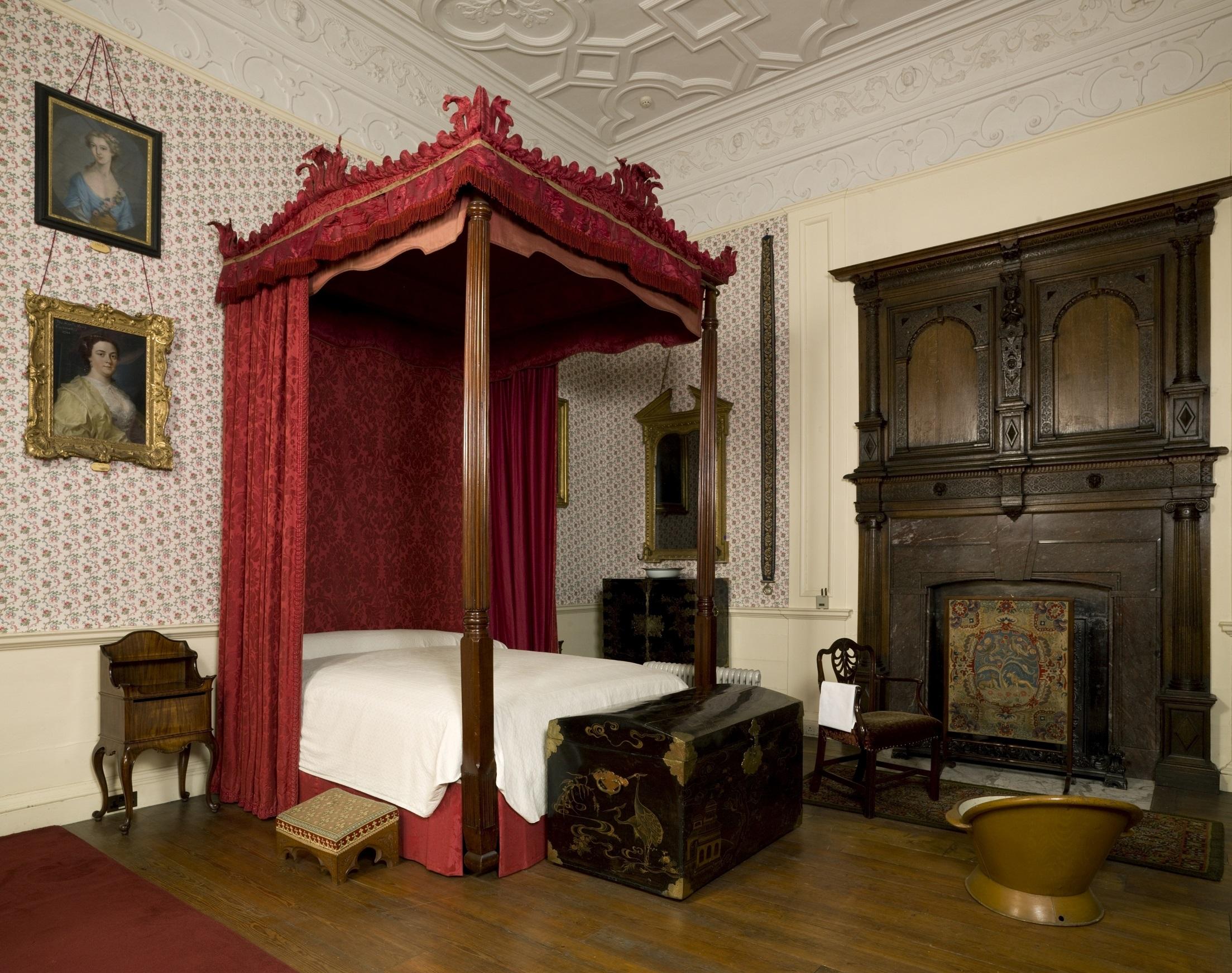 Looking at both the cost and the description of the Washingtons’ cornice suggested that it didn’t approach the complexity of many surviving examples, and that we needed to look further. The total cost of the bedstead, including the cornice and the wrought-iron compass rod, was a mere £4.14.6, significantly less than documented bedsteads with elaborately carved and cloth-covered cornices. The brief description “neat cut” also suggested a relatively simpler form, one that had limited “cut-out” and pierced ornament. As we looked, we found the best surviving example of this type was nearer to home, at the Metropolitan Museum of Art. 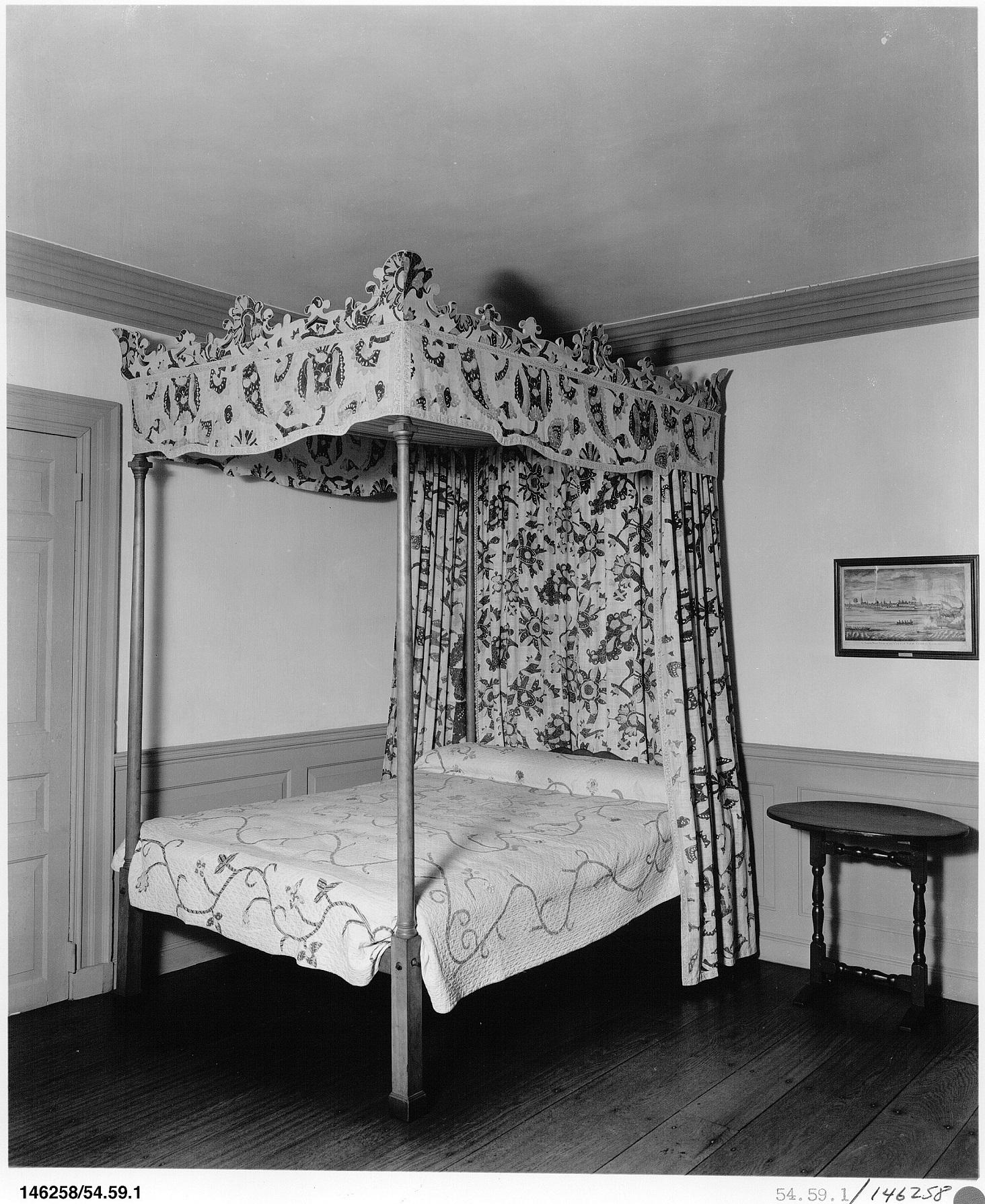 Thanks to the work of Alyce Englund, Assistant Curator of American Decorative Arts and the staff of the Antonio Ratti Textile Center, we were able to examine the original cornices and see first-hand the beauty of their simplicity.  Cabinetmaker Harrison Higgins, Jr. of Richmond, Virginia is creating the reproductions.  We will be unveiling the bed, cornice and all, at the opening of the Blue Room in October. 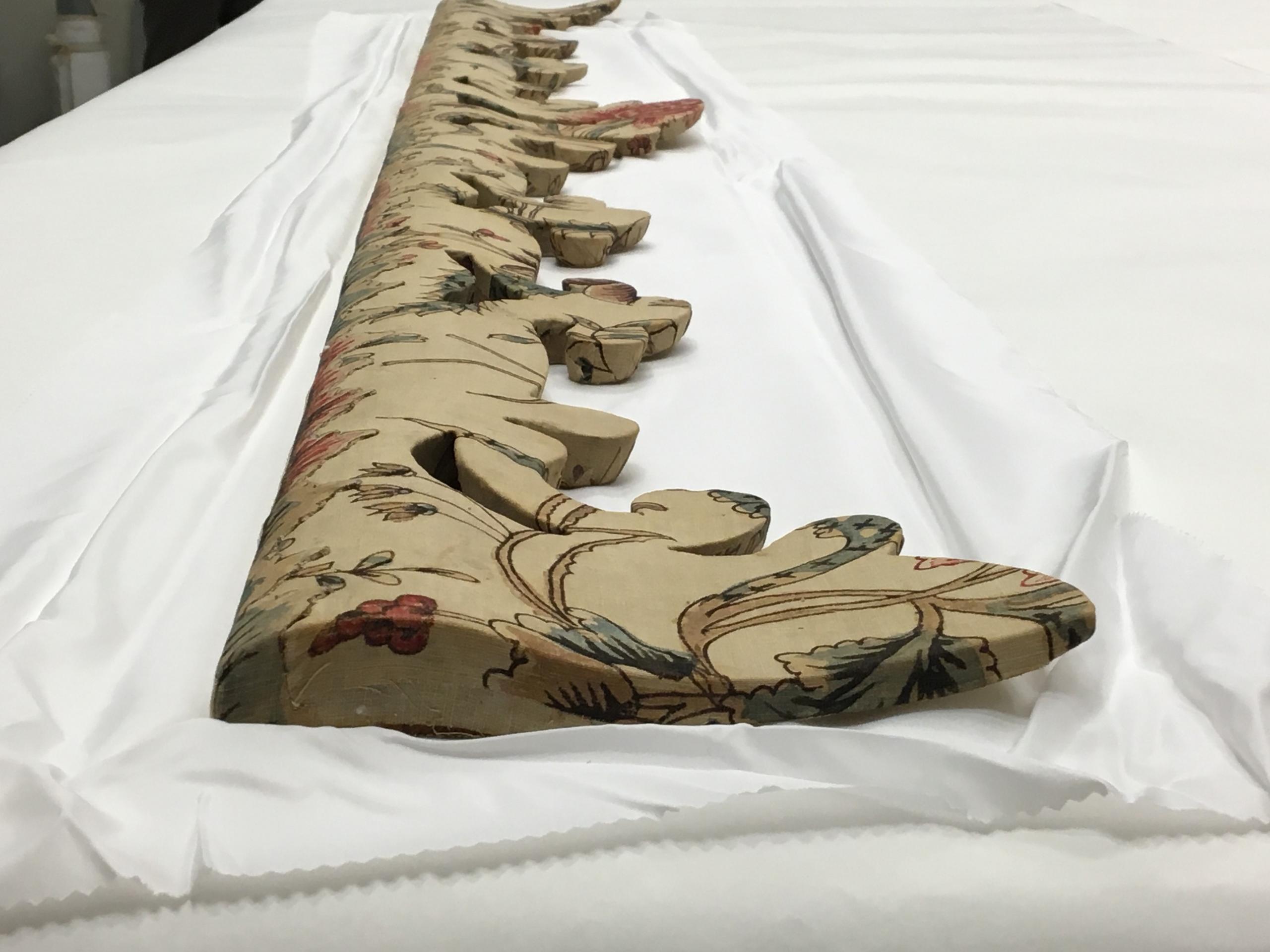 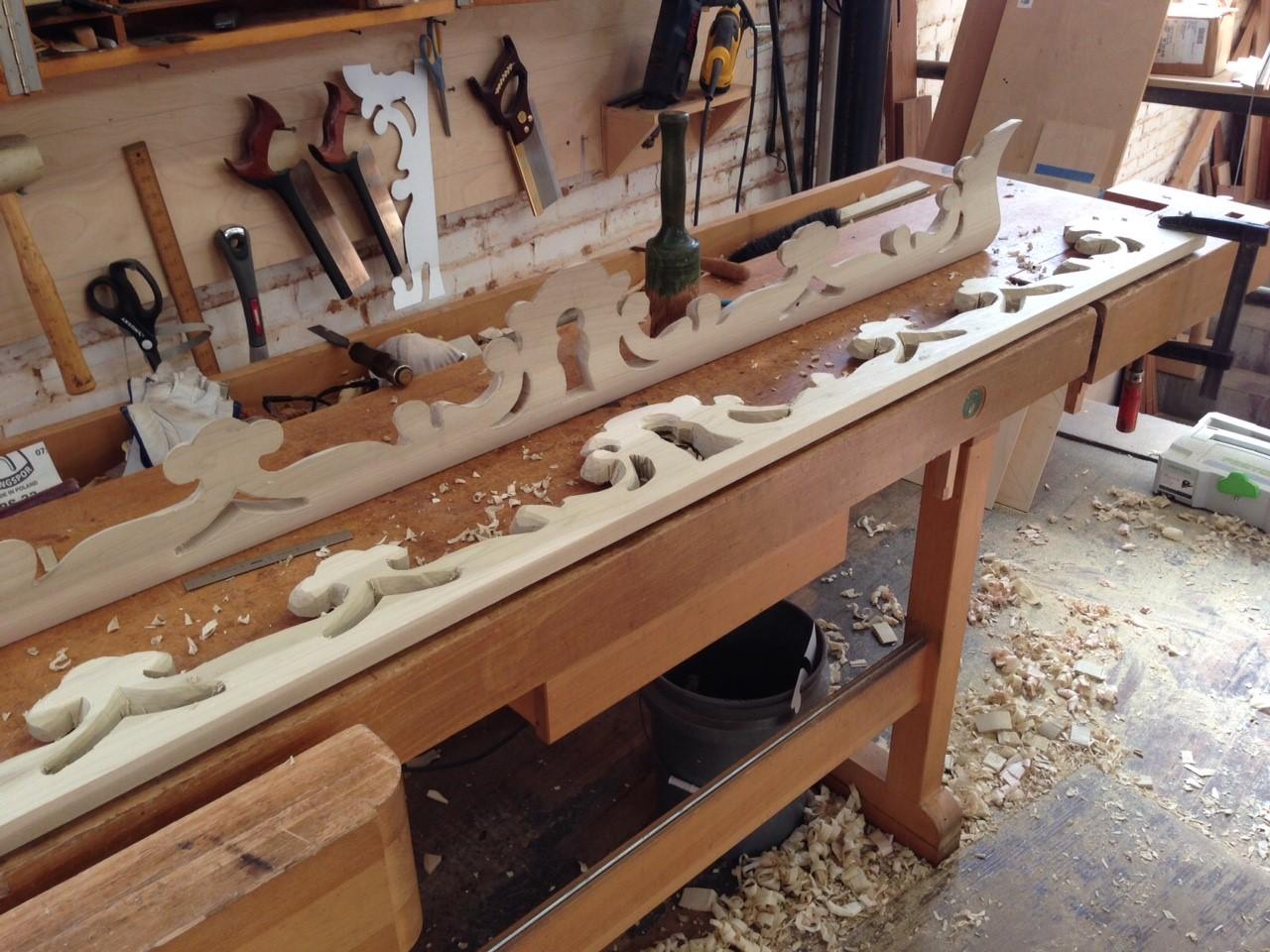