A Fashionable Blue and White Bed

The focal point of the newly-refurnished Blue Room will be a bedstead draped in blue-printed cotton, based on the documentary references to a bed the Washingtons acquired in 1759 that was likely representative of the bed in the Blue Room. While the original bed and hangings no longer survive, the original descriptions of them provide sufficient clues to their appearance that enable us to recreate them. The orders are fabulous evidence for the appearance of distinctly British trends in early America – the use of fabric-covered cornices and the rage for monochrome plate prints (later popularly known as toile.) In fact, several other American sites have used this documentation as the basis for refurnishing their own bedchambers. 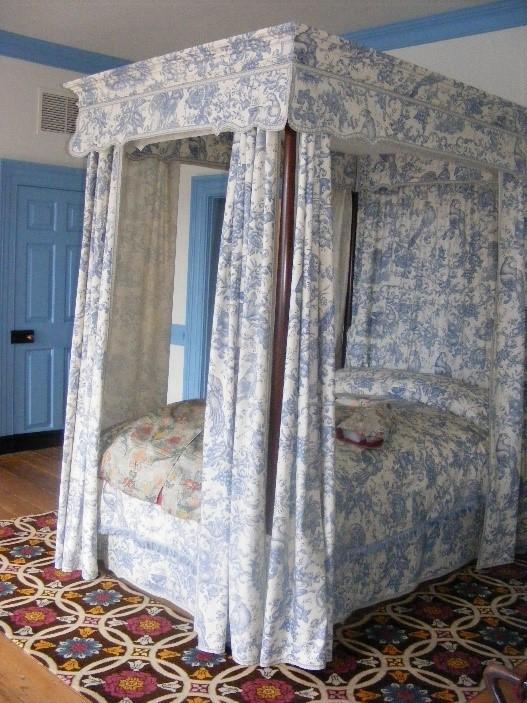 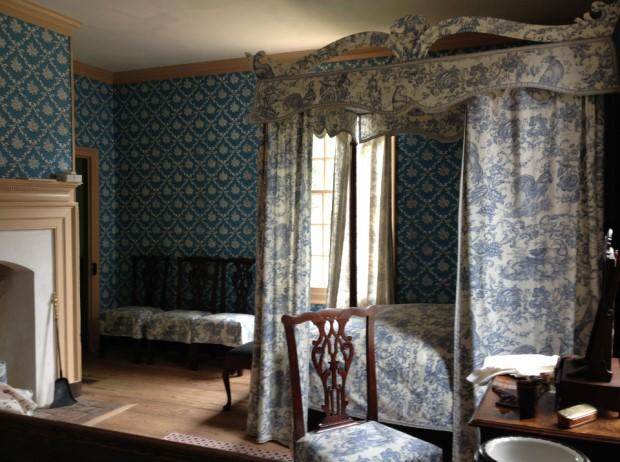 On 1 May 1759, the Washingtons ordered from London “1 Tester Bedstead 7 ½ feet pitch, with fashionable blew or blew and white Curtains,” and window cornices, curtains, and chair covers all of the same fabric, “to make the whole furniture of this Room uniformly handsome and genteel.” One of the first significant points about this order is the timing. Martha Dandridge Custis wed Colonel George Washington in January 1759, but her first visit to Mount Vernon was in early April. A few weeks later, Washington drafted the new order for the bedstead. Mrs. Washington brought many things to their marriage, not least was her own distinctly-formed good taste. As the newlyweds combined households, its seems likely that Mrs. Washington assessed their combined furnishings and the then still-in-progress house, and decided it was time for a new statement piece for their home together. Beds, with their yards of textiles, were one of the largest financial outlays of a household, in terms of movable property, and this one would have been designed to wow.

Made by cabinetmaker and upholsterer Philip Bell of London, it featured a fabric-covered “neat cut” cornice crowning the four-post frame with mahogany foot posts. The cotton fabric was made with the recently-developed method of copperplate-printing, a technique that reproduced complex designs with all the crispness, detail, and subtlety of a fine art print. Historians have often credited Benjamin Franklin as the first American to acquire and comment on this new fashion. Writing to his wife from London in 1758, he sent her “56 Yards of Cotton, printed curiously from Copper Plates, a new Invention, to make Bed & Window Curtains.” The new bed suite arrived at Mount Vernon in November 1759, making the Washingtons relatively early adopters of this new fashionable fabric. 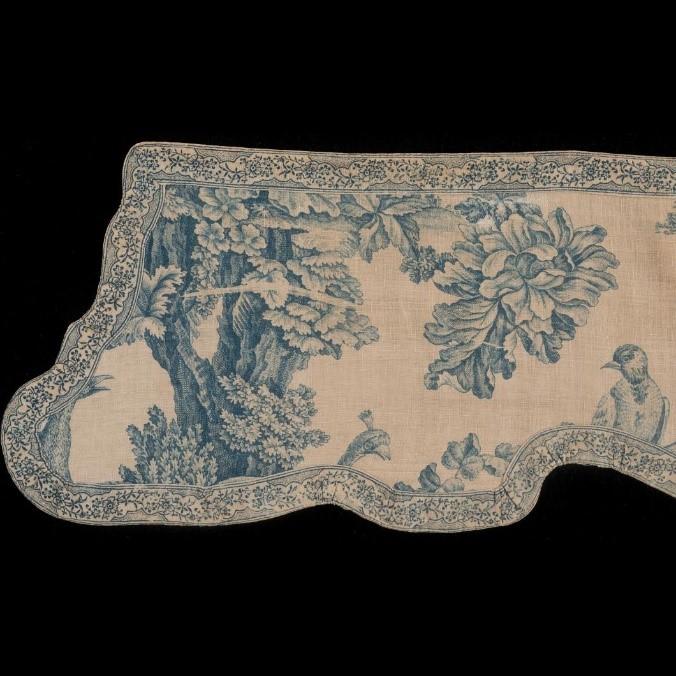 Stay tuned – next we’ll take a look at the process of recreating the Washingtons’ fashionable blue and white bed.