Our team is available to speak on George Washington, the presidency, the American Revolution, slavery in the 18th century as well as a host of additional topics. 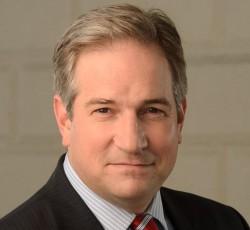 Dr. Bradburn is an award-winning author and a well-known scholar of early American history. He is the author and editor of three books and numerous articles and book chapters with a specialty in the history of the American Founding, leadership, and the history of American Citizenship.  Bradburn earned his Ph.D. in History from the University of Chicago and his B.A. in history and economics from the University of Virginia. 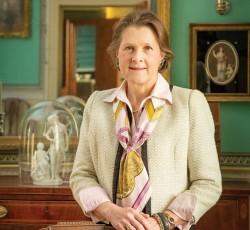 Dr. Schoelwer directs Mount Vernon’s curatorial, architecture, archaeology, viewshed, horticulture, and livestock teams. She has led numerous exhibitions and Mansion room restorations and edited publications on Lives Bound Together: Slavery at George Washington’s World and The General in the Garden: George Washington’s Landscape at Mount Vernon. She holds a PhD in American Studies from Yale University, MA from the Winterthur Program in Early American Culture, and BA in History from the University of Notre Dame. 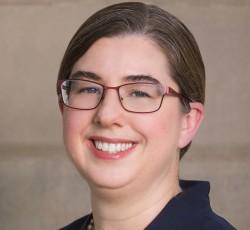 Allison Wickens leads the Education and Guest Services division at Mount Vernon and oversees the history and civics learning goals for the institution’s onsite, offsite, and digital outreach programs. She writes and speaks about the education and learning of young people at museums, historic sites, and schools and has written on this subject in articles published in the Journal of Museum Education. She received an M.A. in History and a certificate in Museum Studies at the University of Colorado, Boulder and a B.A. in history from Grinnell College. 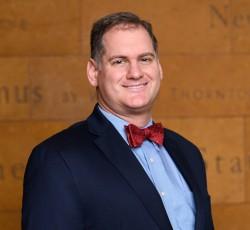 Dr. Stefanelli is an experienced writer, editor, and college teacher. He has worked as an editor of George Washington’s presidential and Revolutionary War papers. Dr. Stefanelli’s publications include articles on the history of Washington, D.C., and book chapters on American political and economic history. He has a Ph.D. in history from the University of Virginia and a B.A. in history and political science from Florida State University. Prior to joining the historical profession, he served as a legislative aide on Capitol Hill. 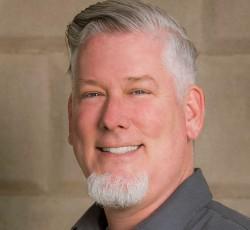 Tom leads the ongoing effort to research, restore, and interpret the architectural and landscape legacy of America’s first President. He has spent his career studying architecture, archaeology, and social history of the Chesapeake region and the British Atlantic world. At Mount Vernon, he led the architectural restorations of the neoclassical New Room, the iconic cupola, the ground-breaking restoration of the 1760s front parlor, and the ongoing preservation of over a dozen original structures. He is an editor and author of Stewards of Memory: The Past Present, and Future of Historic Preservation at George Washington’s Mount Vernon. He has conducted archaeological fieldwork in Virginia, Greece, and Israel. He holds a BA from The College of William and Mary, MA in Classical Archaeology from Florida State University, MA in architectural history/ historic preservation from The George Washington University. 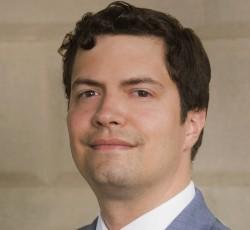 Ms. Thompson is a long-time member of the Mount Vernon staff, where she has served in the Interpretation, Curatorial, and Library departments.  She is the author of three books, including the 2019 definitive work on slavery at Mount Vernon, and has contributed chapters to over fifteen books, in addition to writing numerous articles, blogposts, and encyclopedia entries.  Ms. Thompson earned an M.A. in History from the University of Virginia and a B.A. in History, with a minor in Folklore, from Samford University in Birmingham, Alabama. 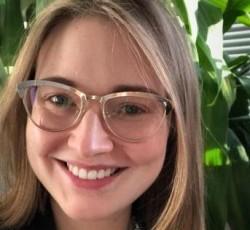 Dr. Montgomery manages Mount Vernon's Center for Digital History and initially came to Mount Vernon to help create ARGO: American Revolutionary Geographies Online. In additon to her work in digital history and mapping, she has published and lectured extensively on topics relating to land, settler expansion, and imperial policy in colonial North America. She holds a Ph.D. in Early American History from the University of Pennsylvania and an MA and BA in History from Dalhousie University in Canada. 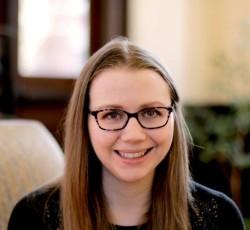 Dr. Fertig is the Digital Projects Editor at the Center for Digital History at Mount Vernon. A former Fulbright scholar, she has a Masters in history from the University of Glasgow and her Ph.D. in English and Comparative Literature from University of North Carolina. In addition to her numerous academic publications on eighteenth-century literature and women’s history, Dr. Fertig is also an accomplished public historian, with extensive experience in digital and new media scholarship.

Expertise: George Washington’s books, eighteenth-century literature, women’s history, the representation of women in history, history of the book in Britain and America, public history and humanities 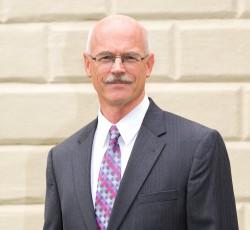 Dean began working at Mount Vernon on June 23, 1969 and never left. After receiving a degree in horticulture from Clemson University, he began his horticultural career as the estate's boxwood gardener in 1977. He was promoted to horticulturist in 1980 and is responsible for applying the latest plant science and management techniques of horticulture in a historic setting. For the past 35 years, Dean has devoted considerable time researching 18th-century gardens and gardening practices and contributed to several on-site garden restoration. Dean has served on several Historic Properties Boards including the Historic Properties Committee of Clemson University. He has received awards for conservation from the DAR and the Garden Club of America, as well as receiving the Garden Club of America’s Elizabeth Craig Weaver Proctor National Medal (2020) given for exemplary service and creative vision. He is a recipient of the American Horticultural Societies Professional Award, is past president of the Southern Garden History Society, and is an honorary member of the Garden Club of Virginia. He is an accomplished, compelling speaker that entertains while informing and has traveled across the country and internationally presenting to garden clubs and professional organizations.

Steve Bashore oversees the interpretation, operations, and maintenance of George Washington's Distillery and Gristmill, as well as the Pioneer Farm and Blacksmith Shop. He is a traditional miller and distiller by trade and has been operating, interpreting, and repairing historic watermills for 27 years. Since 2007, he has been distilling at George Washington's reconstructed distillery producing rye whiskey, bourbon, single malt whiskey, rum as well as peach and apple brandy. He has been a spirits judge for the American Craft Spirits Association, and for World of Whiskies. 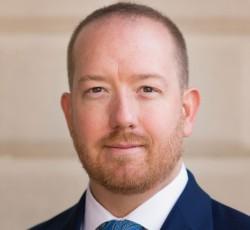 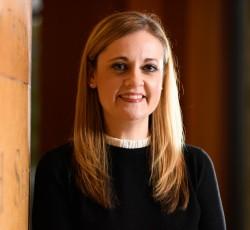 Ms. Baird has worked as the archivist for Mount Vernon and the Washington Library for five years. She is responsible for acquiring, organizing, and providing access to the institutional records of the Mount Vernon Ladies’ Association. Ms. Baird became a Certified Archivist (CA) in 2012 and a Digital Archives Specialist (DAS) through the Society of American Archivists in 2014. She received a master’s of library science degree (MLS) from Emporia State University and a BA in history and French from Texas Tech University. Before joining the staff at Mount Vernon, Ms. Baird was an archivist for another historic women’s organization, the Daughters of the American Revolution, for 8 years. 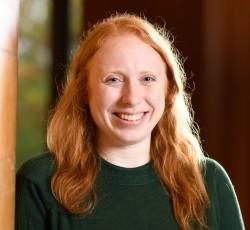 Ms. Snyder has written and spoken extensively on topics in early American history, with a specialty in Early American women’s history. She is currently working on a biography of Elizabeth Willing Powel. She earned her Master’s of Library and Information Studies, and B.A. in English literature from the University of Wisconsin – Madison, and is currently pursuing graduate studies in history at George Mason University. 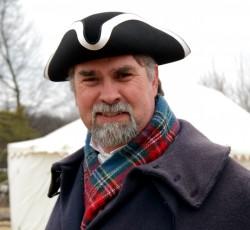 Tom Plott serves as Mount Vernon’s Manager of Character Interpretation and brings over 30 years of professional acting and directing experience to Mount Vernon. Tom has made a career of portraying historical characters; from Shakespeare to Da Vinci to John Wilkes Booth. He now uses his versatility and skills as a researcher to depict George Washington’s personal physician Doctor James Craik, the first Physician General of the United States. 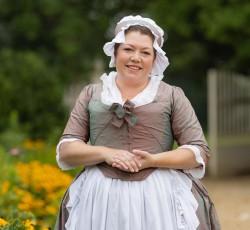 Elizabeth Keaney has been a museum educator for more than twenty years and was hand-picked by the incomparable Mary Wiseman (Mount Vernon’s Lady Washington) to follow in her footsteps. Ms. Keaney holds an M.A. in Museum Education from The George Washington University and has taught history, art, and science in museums from Alaska to Washington, D. C. She uses theatrical technique and storytelling to share the life of George Washington’s “worthy partner” to audiences of all ages and backgrounds.

Dr. Massee has fifteen years of experience in the field of living history, thirteen of them at George Washington's Mount Vernon. She oversees Mount Vernon's cooking, baking, and textile demonstrations, using a combination of research and hands-on experience to illuminate daily life in the 18th century. She received her Ph.D. in Cultural Studies from George Mason University.