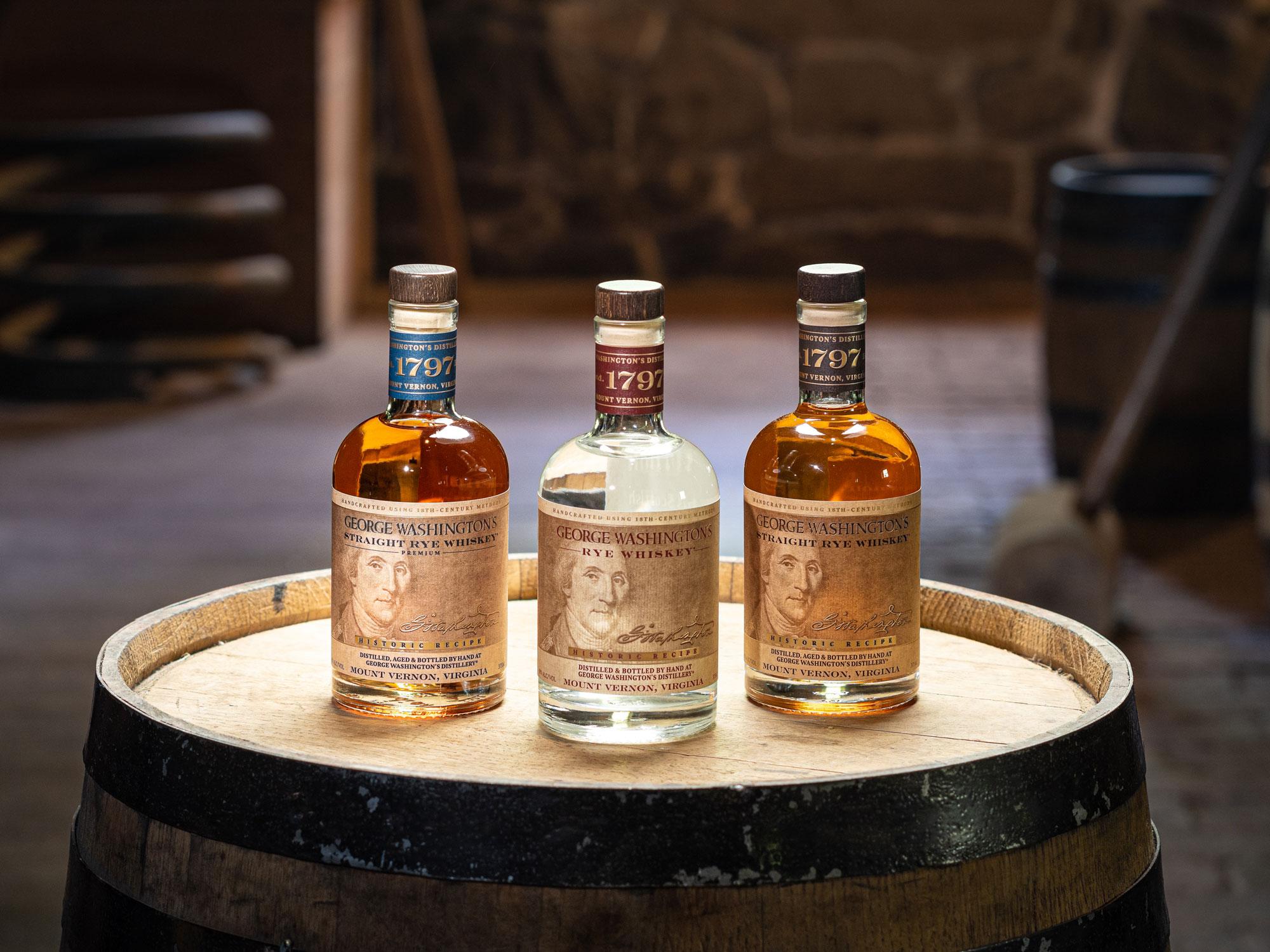 Mount Vernon, Va. – During September, Distilled Spirits Month in Virginia, George Washington’s Mount Vernon will sell its three types of rye whiskey, along with apple and peach brandy, at a special 20 percent discount.  The spirits are produced in an authentic reconstruction of Washington’s distillery, using 18th-century methods.  The award-winning rye whiskey is Virginia’s official spirit. 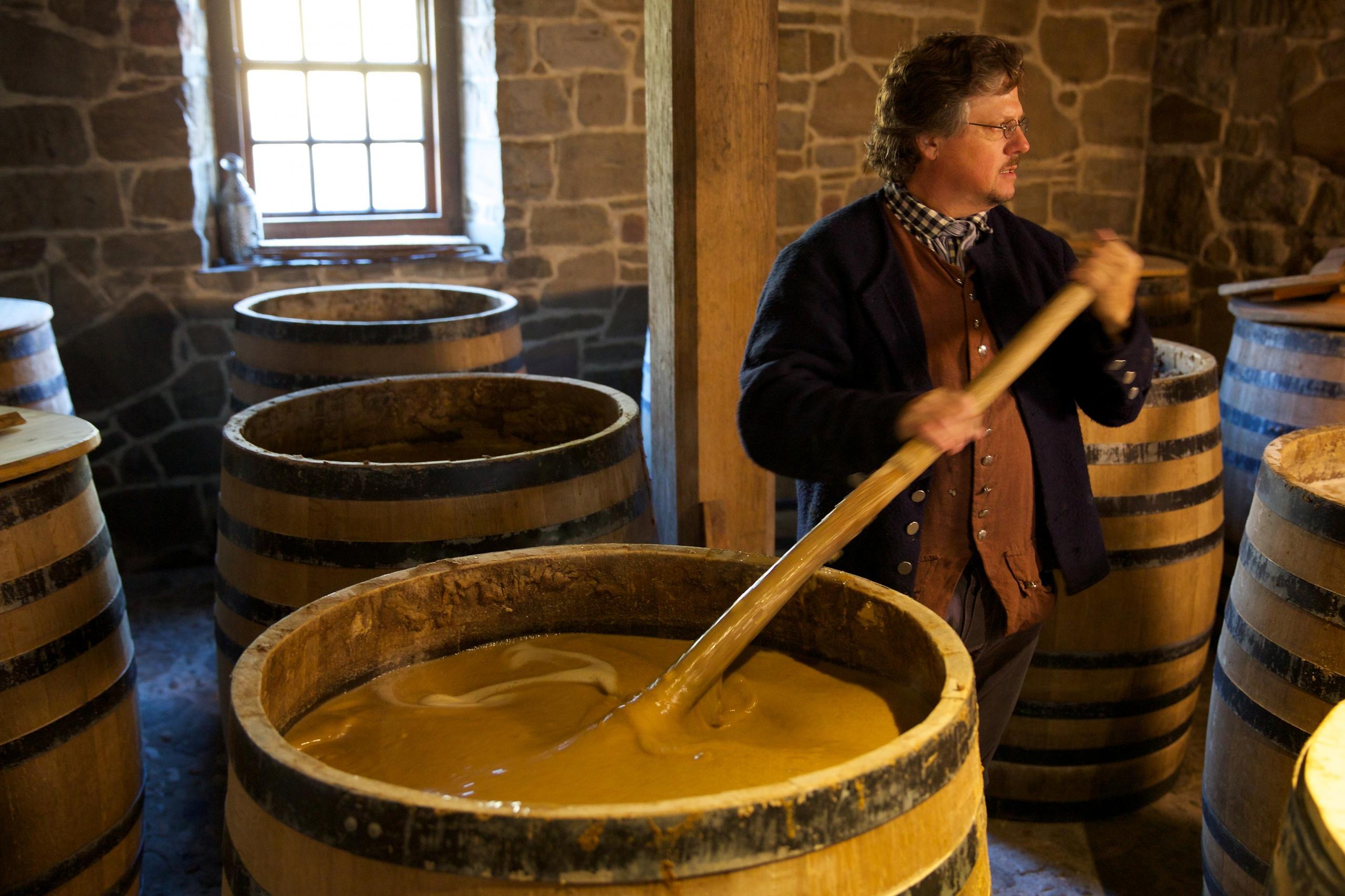 Steve Bashore is Director of Historic Trades and Head Distiller at Mount Vernon.  He arrived in 2006, when work on the reconstructed distillery was nearing completion.  Bashore believes it is the attention to history that makes Mount Vernon’s rye whiskey exceptional.

“Our methods are as close as you can get to 18th-century brewing,” he says. “Everything is done by hand, and there’s nobody else using these methods in accurately reconstructed buildings.   Everything we do lends itself to how Mount Vernon’s rye tastes the way it does.”

The basic rye whiskey, according to Bashore, is not aged and therefore is the closest to what was available in the 18th century.  It has a grain flavor, with a note of spice.  The other two types are aged in charred oak barrels, which colors the rye and adds notes of vanilla and caramel, along with a hint of smokiness.  He calls the premium straight rye whiskey especially balanced and mellow.

George Washington began commercial distilling in 1797, at the urging of his Scottish farm manager, James Anderson, who had experience distilling grain in Scotland and Virginia.  He convinced Washington that Mount Vernon’s crops, along with the large gristmill and abundant water supply, would make the distillery a profitable venture.   Anderson’s son, John, managed the production.  Six enslaved African Americans – Hanson, Peter, Nat, Daniel, James, and Timothy – worked with him.

By 1799, the year Washington died, the distillery had five stills that produced 11,000 gallons of spirits, making it one of the largest in America and one of the most profitable enterprises at Mount Vernon.  Customers included merchants, neighboring farmers, and family.

Mount Vernon researchers discovered the rye whiskey recipe used today at the distillery in ledgers from 1798 and 1799.  It is 60 percent rye, 35 percent corn, and five percent malted barley.  Traditional 18th-century production methods used include grinding the grain in the reconstructed water-powered gristmill, fermenting the whiskey in wooden mash tubs, and distilling it in copper pot stills heated by wood fires.

Every purchase helps support the ongoing preservation and restoration of the property and its education programs.  The reconstructed distillery and gristmill are located three miles from the main entrance to Mount Vernon.  Mount Vernon's grounds, museums, and first floor of the Mansion are open daily from 9:00 a.m. to 5:00 p.m., with safety protocols detailed on Mount Vernon’s website, mountvernon.org.