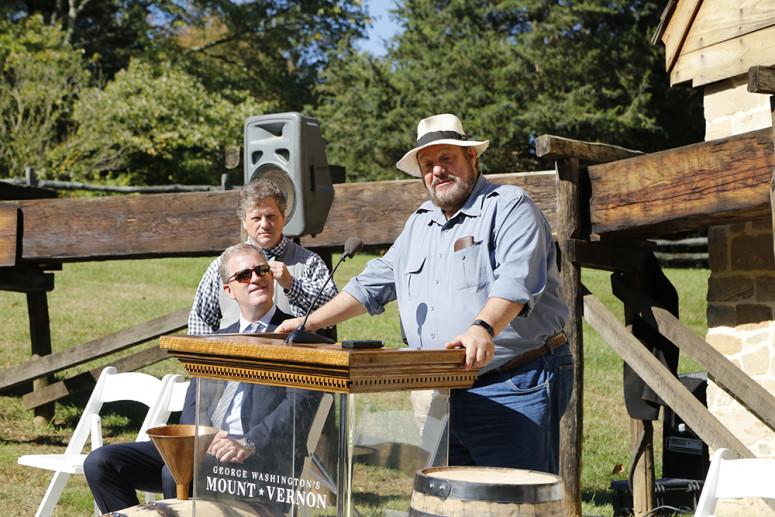 The Mount Vernon Ladies’ Association is saddened to learn of the passing of our master distiller and dear friend, Dave Pickerell.

We first became acquainted with Dave in 2004 when we announced our plans to produce rye whiskey at George Washington’s distillery, which had been recently reconstructed near the Mount Vernon estate. An accomplished distiller and history lover, Dave enthusiastically joined forces with us to guide the creation of the first batch of whiskey to be produced at this site in more than two centuries with a group of master distillers that included Jimmy Russel, Joe Dangler, and others.  This team made small batches of whiskey using the original Washington mash bill on a still set up near the Gristmill while the reconstruction of the Distillery was ongoing.  In 2009, Dave was asked to help Mount Vernon’s team make its first production of rye whiskey in the reconstructed distillery.

Over the course of nearly a decade, Dave became a valued part of many other projects at our distillery, including the production of apple and peach brandy, Scotch, and our aged rye whiskeys. Each year, Dave continued to teach and assist in the production of George Washington rye whiskey, single malt whisky and brandies.

From Dave we learned both the science of distilling and the art of telling the story behind the production.  Indeed, his spirit lives on in our distilled spirits, and he will be dearly missed by all of us at George Washington’s Mount Vernon.