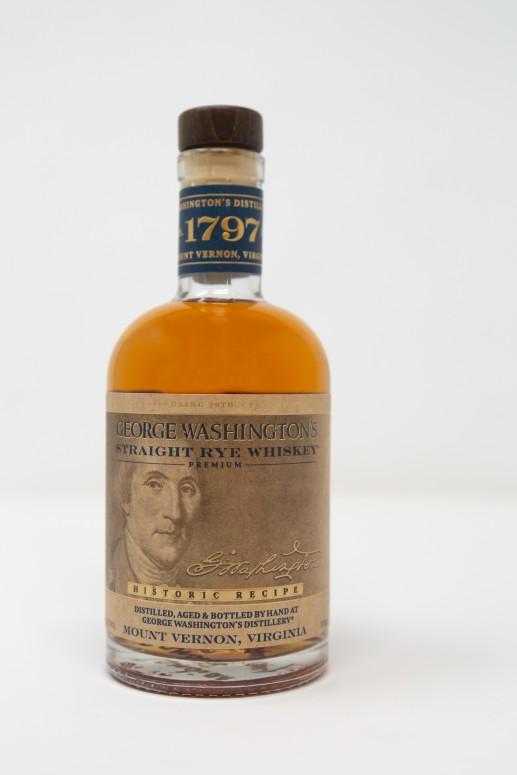 According to Washington’s distillery ledgers from 1798 and 1799, his whiskey consisted of 60% rye, 35% corn and 5% malted barley. Mount Vernon’s finest whiskey release to date, this aged spirit smells of fruit with a hint of oak from the barrels and has a fruit-forward taste of apples, apricots, and baking spices. Mount Vernon staff used this recipe and traditional 18th-century methods in the production of the George Washington Straight Rye Premium Whiskey. This included grinding of all the grain in Washington’s reconstructed water-powered gristmill, fermenting in wooden mash tubs and distilling in copper pot stills heated by wood fires.

George Washington began commercial distilling in 1797 at the urging of his Scottish farm manager, James Anderson, who had experience distilling grain in Scotland and Virginia. By 1799, Washington was the largest whiskey producer in America, distilling almost 11,000 gallons that year. 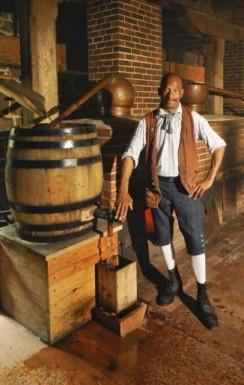 Today Mount Vernon continues the tradition of producing whiskey as well as other small batch distilled spirits at its historic Distillery & Gristmill site. The site opened in 2007 thanks in part to a $2.1 million grant from Distilled Spirits Council of the United States which allowed Mount Vernon to excavate, research, and reconstruct the site. Guests to the Distillery & Gristmill, located three miles from Washington’s Mansion, can tour the buildings April through October.

Mount Vernon is a proud member of the Virginia Distillers Association. As part of Virginia Spirits Month, the estate celebrates the great craft distillers in the Old Dominion – the birthplace of American distilled spirits.

Proceeds from the distilled spirits benefit the ongoing preservation and restoration of Mount Vernon and its educational programs. For more details, please visit mountvernon.org/whiskey.