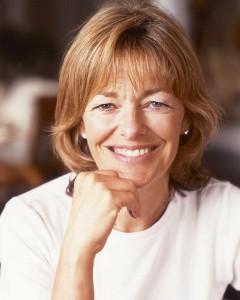 MOUNT VERNON, VA – The Fred W. Smith National Library for the Study of George Washington is thrilled to announce the selection of prize-winning author and historian Flora Fraser as its second Georgian Papers Fellow.  The fellowship, funded by The Amanda and Greg Gregory Family Investment Fund, provides an opportunity for a scholar of the era of George Washington to work in the Royal Library and Archives at Windsor Castle, focusing on the papers of King George III.

The Georgian Papers Programme is a partnership of the Royal Library and Archives and King’s College London, as well as a number of American institutions including the Washington Library.  This important new alliance allows the Washington Library to establish a scholarly exchange with King’s College London, in order to digitize, disseminate, study, and interpret an extraordinarily rich collection of historic materials, including correspondence, maps, and royal household ledgers.

“We’re delighted to support Flora’s work, she’s a brilliant historian who knows the archive at Windsor well.” said Doug Bradburn, founding director of the Washington Library. “This fellowship exchange is a great example of the need to support research to continue to understand the lasting legacy of George Washington on both sides of the Atlantic.”

During this three-month fellowship, Fraser will spend one month in-residence at Mount Vernon and two months in Windsor.  As part of the fellowship, Fraser will also receive an award of $10,000. She will also have the opportunity to share her research with the community of scholars and students at Kings College London—a premier British University.  Fraser was selected based upon her significant scholarship on the life, leadership, and legacy of George Washington, as well as the broader mission of the Mount Vernon Ladies’ Association.

“I am delighted and honoured to be named Mount Vernon’s Georgian Papers Fellow for 2017,” said Fraser. “This imaginative bursary allows me access to key sources in the Royal Archives and I look forward greatly to studying material in the new Washington Library at Mount Vernon.”

The Georgian Papers Programme is a five-year project that will build an open online collection of nearly 350,000 digitized items from the Royal Archives spanning the eighteenth century and containing the papers of the Georgian Monarchs.  The archive—located at Windsor Castle—includes correspondence, maps, and royal household ledgers. Mount Vernon is the first independent library in the world to partner with King’s College London on this project.

The goal of the Programme is to cultivate fresh insights into this defining period in British and American history. As scholars work to digitize and analyze the records held in the Royal Archives, they will uncover new information about the history of North America and the transatlantic worlds of politics, trade, science, and religion.

This critical scholarship will help Fraser, winner of the 2016 George Washington Book Prize, with her two upcoming projects (working titles): “In Search of Flora Macdonald (1722-1790): Her Life in Skye and the Western Isles and, as a Highland Emigrant, during the American Revolution” and “Lord Nelson of Burnham Thorpe, the Nile and Trafalgar: The Life on Land and at Sea of Horatio, Viscount Nelson (1758-1805).”

Both the Washington Library at Mount Vernon and the Archives at Windsor boast rich collections of documents, letters, and manuscripts that shed light on the period in which Washington’s life intersected with the life of King George III, who ruled Britain at the time of the American Revolution.  Although George Washington and King George III never met, few men influenced each other’s lives or the path of the world in the 18th century as these two men.

Bruce Ragsdale was selected as the first recipient of this fellowship in 2016.  For more information about the Washington Library, which has hosted more than 45 scholars for residential fellowships since opening in 2013, please visit www.mountvernon.org/library.