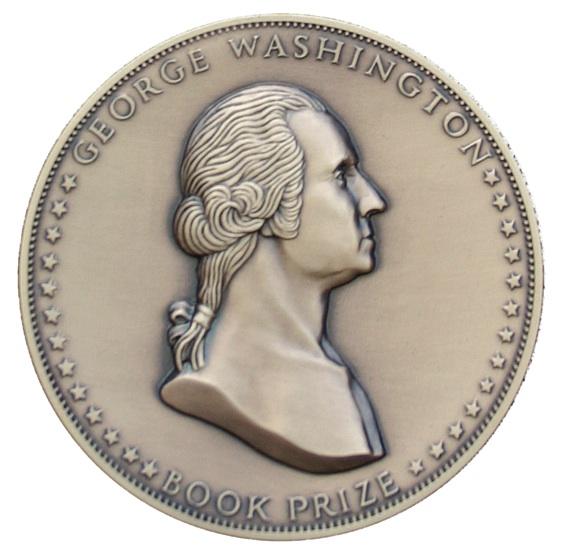 MOUNT VERNON, VA – Five books published in 2021 by the country’s most prominent historians have been named finalists for the George Washington Prize. The annual award recognizes the past year’s best works on the nation’s founding era, especially those that have the potential to advance a broad public understanding of early American history.

“At a time when Americans are looking to understand the origins of the United States, the prize continues to surface the best new work--once again we have a stellar list, each of whom would make a worthy laureate of this most significant prize,” said Mount Vernon President and CEO, Dr. Douglas Bradburn.

"By honoring the best books on Washington and the founding era, the George Washington Prize not only elevates the work of great historians, it provides teachers, students, and general readers with a guide to the best books about our country's early history -- at a time when we need them more than ever,” said James Basker, President of the Gilder Lehrman Institute.

As has happened every year since the Prize was created in 2005, an independent jury evaluated between 50 and 100 books published in the past year that explore the history of the American Founding era. The five books named as finalists for the Prize are outstanding examples of just how rich and robust this field of study has become.

The 2022 George Washington Prize finalists are (in alphabetical order):

The announcement of the 2022 winner will be made at a ceremony held at Mount Vernon, George Washington’s home in Virginia, on May 25, 2022.  The event will also recognize past winners, 2021 winner Mary Beth Norton, 1774: The Long Year of Revolution and 2020 winner Rick Atkinson, The British are Coming: The War for America, Lexington to Princeton, 1775-1777.  The ceremony is open to the press and will also be live-streamed on mountvernon.org.

More information about the George Washington Prize is available at www.mountvernon.org/gwprize