What better way to begin Halloween or Trick or Treating at Mount Vernon than with a mystery?

What better way to begin Halloween or Trick or Treating at Mount Vernon than with a mystery?

Young readers are invited to join author Jami Borek as she discusses her latest children's book, Mystery at the Raleigh Tavern. Following the talk, the author will sign her books in the Vaughan Lobby from 2:30pm-3pm.

Are you coming to the program on your way to Trick or Treat? Come in costume and receive a door prize! 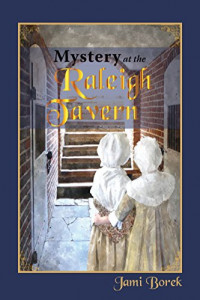 About Mystery at the Raleigh Tavern

This story is the third in the popular Amanda and Amelia "Colonial Girls" series, set in Colonial Williamsburg, Virginia. This installment follows the two girls on their search for Thomas Jefferson's violin, which was stolen at the Raleigh Tavern. The violin case also contained some politically dangerous private notes he's written, saying treasonous things about the King.

As Amanda, Amelia, and Jacob anxiously search for the real thief, other fateful events are also taking place at Raleigh Tavern. In the aftermath of the Boston Tea Party, Jefferson and the other Burgesses are angry at Parliament and King George. There is strange, troubling talk of colonists' rights and even something called "independence" — talk that will lead to a Continental Congress and change their world forever more. 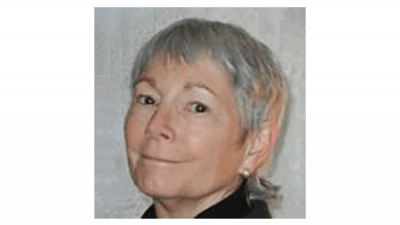 Jami Borek began researching the 18th century some twenty years ago to re-create 18th-century characters for various historic sites and museums. A lover of mysteries, Borek was inspired to write her first mystery, Patriots & Poisons, when she was researching the late 1790s in preparation a ball in honor of George Washington at Alexandria's Gadsby's Tavern. She became fascinated by the political conflicts, conspiracy theories, and uncertainty as to the future that marked the United States in those early years. At the time, she was also pursuing a successful career as a senior lawyer and diplomat at the United States Department of State, which (along with family and other demands) left her with little free time. She eventually retired in order to devote more time to research and writing books for young readers.

Browse our collection of children's books and activity books on the Washington's and early American history. A Is for America

A Short Biography of Martha Washington Colonel Washington and Me George Washington and the General's Dog George Washington's Rules to Live By I am George Washington Of Thee I Sing: A Letter to My The President and Me We The People: The Story of Our Constitution

Where Was George Washington?

Who Was George Washington

Families can tour the estate with our Adventure Map, experience the American Revolution with our 4D Revolutionary War theater and more.