They will discuss the Dietrich American Foundation's new book, In Pursuit of History: A Lifetime Collecting Colonial American Art and Artifacts.

They will discuss the Dietrich American Foundation's new book, In Pursuit of History: A Lifetime Collecting Colonial American Art and Artifacts. 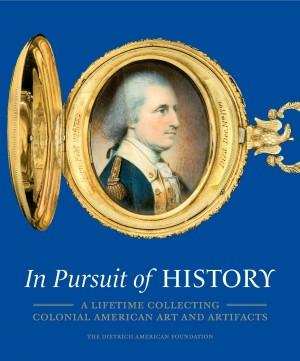 This comprehensive and beautifully illustrated catalog tells the story of the late H. Richard Dietrich, Jr., a passionate collector of important pre-1820 Americana whose private foundation has long shared its objects through an extensive loan program to institutions around the county.

In Pursuit of History: A Lifetime Collecting Colonial American Art and Artifacts describes the richness of the foundation’s holdings, looking at each of its main categories, including books and manuscripts, Chinese export wares, furniture, paintings, silver, fraktur, and other decorative arts, as well as whale trade related objects.

The collection has many items associated with George Washington, including a delicate watercolor miniature painted by James Peale and enshrined in a small gold case with a lock of the General’s hair in the back, as well as books and manuscripts, and a wide variety of portraits, including one on a whale’s tooth.

The book was published by the Dietrich American Foundation in association with the Philadelphia Museum of Art, and distributed by Yale University Press. Its publication coincides with an exhibit at the Philadelphia Museum of Art entitled A Collector's Vision: Highlights from the Dietrich American Foundation. The exhibit will run until November 15, 2020. 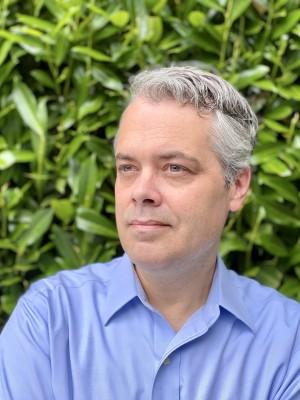 Richard Dietrich is President of the Dietrich American Foundation. He has spent his career working in non-profit management, having first started out in Washington, D.C. in government.

He received his BA at Wesleyan University and an MBA from Yale University. He lives with his wife and two daughters in Chevy Chase, MD.