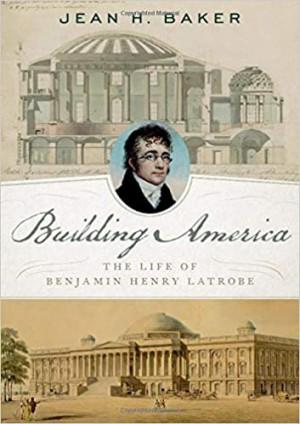 An Englishman who became America's first professional architect, Benjamin Henry Latrobe put his stamp on the built landscape of the new republic. Latrobe contributed to such iconic structures as the south wing of the U.S. Capitol building, the White House, and the Navy Yard. He created some of the early republic's greatest neoclassical interiors, including the Statuary Hall and the Senate, House, and Supreme Court Chambers.

As a young man, Latrobe was apprenticed to both a leading architect and civil engineer in London, studied the European continent's architectural and engineering monuments, worked on canals, and designed private houses. After the death of his first wife, he was bankrupt and emigrated to the United States in 1796 to restart his career. For the new nation with grand political expectations, he intended buildings and engineering projects to match those aspirations. Like his patron Thomas Jefferson, Latrobe saw his neoclassical designs as a way to convey American democracy. He envisioned his engineering projects, such as the canals and municipal water systems for Philadelphia and New Orleans, as a way to unite the nation and improve public health.

Jean Baker conveys the personality of this charming, driven, and often frustrated genius and the era in which he lived. Latrobe tried to establish architecture as a profession with high standards, established fees, and recognized procedures, though he was unable to collect fees and earn the living his work was worth. Like many of his peers, he speculated and found himself in bankruptcy several times.

Building America masterfully narrates the life and legacy of a key figure in creating an American aesthetic in the new United States. 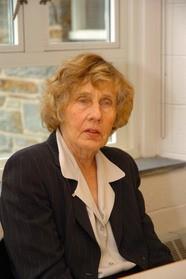 Jean H. Baker is Bennett-Harwood Professor of History Emerita at Goucher College, where she earned her undergraduate degree prior to completing graduate studies at Johns Hopkins University with David Herbert Donald. She has taught primarily at Goucher, with visiting professorships at various institutions including Harvard College. Most recently she taught in Goucher's prison education program in Jessup, Maryland. An eminent political historian and biographer, she is also the author of Margaret Sanger: A Life of Passion; Sisters: The Lives of America's Suffragists; James Buchanan; and Mary Todd Lincoln: A Biography.