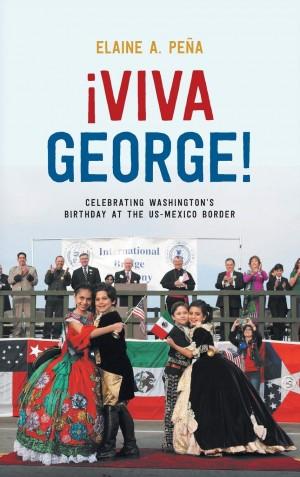 Since 1898, residents of Laredo, Texas, and Nuevo Laredo, Tamaulipas, have reached across the US-Mexico border to celebrate George Washington's birthday. The festivities can last a whole month, with parade goers reveling in American and Mexican symbols; George Washington saluting; and “Pocahontas” riding on horseback. An international bridge ceremony, the heart and soul of the festivities, features children from both sides of the border marching toward each other to link the cities with an embrace.

¡Viva George! offers an ethnography and a history of this celebration, which emerges as both symbol and substance of cross-border community life. Anthropologist and Laredo native Elena A. Peña shows how generations of border officials, civil society organizers, and everyday people have used the bridge ritual to protect shared economic and security interests as well as negotiate tensions amid natural disasters, drug-war violence, and immigration debates.

Drawing on previously unknown sources and extensive fieldwork, Peña finds that border enactments like Washington's birthday are more than goodwill gestures. From the Rio Grande to the 38th Parallel, they do the meaningful political work that partisan polemics cannot.

Elaine A. Peña is an associate professor of American Studies at George Washington University and author of Performing Piety: Making Space Sacred with the Virgin of Guadalupe. She received her Ph.D. in Performance Studies from Northwestern University. Her research has received recognition from the McNair Scholars Program, the Fulbright-Hays Program, the Mexico-North Transnational Program, the Ford Foundation, the C.W. Newcombe Foundation, the Center for the Study of American Religion & Culture, the Washington D.C. Humanities Council, the National Endowment for the Humanities, and the British Academy.