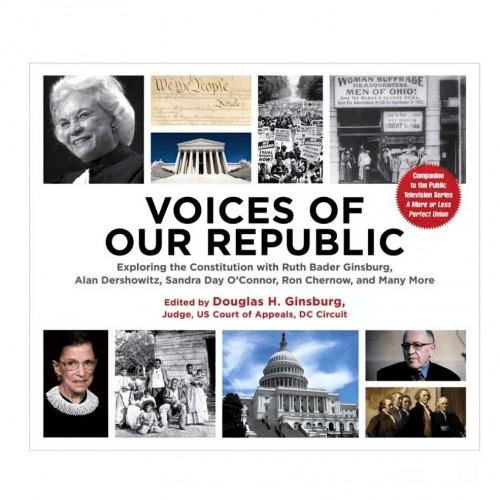 This inspiring coffee table book serves as a companion to the three-part 2020 PBS series A More or Less Perfect Union, A Personal Exploration by Judge Douglas Ginsburg, which delves into past, present, and future struggles for liberty through the lens of the US Constitution.

Voices of Our Republic features thoughts about the Constitution from personalities, dignitaries, and everyday heroes, including Justice Ruth Bader Ginsburg, Arthur Sulzberger, Alan Dershowitz, Sandra Day O’Connor, Arnold Schwarzenegger, Joseph Ellis, Jack Nicklaus, Gene Simmons, Ron Chernow, and many others. These figures help answer the question of why the Constitution is so important and how it can be applied to political discourse today. Each person emphasizes a different part of the Constitution―from the Bill of Rights to the 19th Amendment and beyond―and why those particular passages are important.

Complete with more than 75 full-color photos―many from the private collections of the contributors―this book makes the perfect gift for every American, regardless of political affiliation. Voices of Our Republic serves as a key resource for those looking to better appreciate the foundation of American government and to increase our understanding of its application during its initial creation and still today. 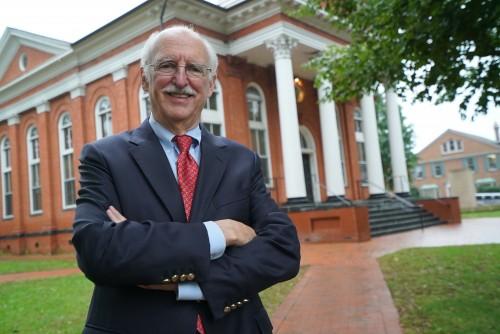 Judge Ginsburg was appointed to the United States Court of Appeals for the District of Columbia in 1986; he served as Chief Judge from 2001 to 2008. After receiving his B.S. from Cornell University in 1970, and his J.D. from the University of Chicago Law School in 1973, he clerked for Justice Thurgood Marshall on the United States Supreme Court.

Thereafter, Judge Ginsburg was a full professor at the Harvard Law School, Administrator of the Office of Information and Regulatory Affairs (OMB), and Assistant United States Attorney General in charge of the Antitrust Division of the U.S. Department of Justice. Concurrent with his service on the federal bench, Judge Ginsburg has taught at the University of Chicago Law School and the New York University School of Law. Judge Ginsburg is currently a Professor of Law at the Antonin Scalia Law School, George Mason University, and a visiting professor at University College London, Faculty of Laws. 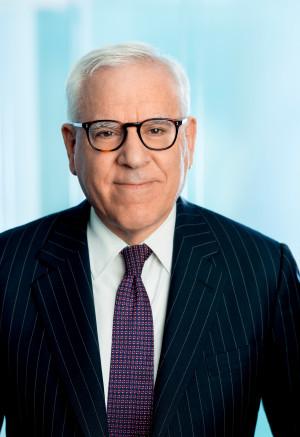 David M. Rubenstein is a co-founder and co-executive chairman of The Carlyle Group, one of the world’s largest and most successful private investment firms. The Carlyle Group manages $223 billion from 33 offices around the world.

Rubenstein is also a leader in the area of patriotic philanthropy, having made transformative gifts for the restoration or repair of the Washington Monument, Monticello, Montpelier, Mount Vernon, Arlington House, Iwo Jima Memorial, the Kennedy Center, the Smithsonian, the National Archives, the National Zoo, the Library of Congress, and the National Museum of African American History and Culture. He has also provided to the U.S. government long-term loans of his rare copies of the Magna Carta, the Declaration of Independence, the U.S. Constitution, the Bill of Rights, the Emancipation Proclamation, the 13th Amendment, the first map of the United States (Abel Buell map), and the first book printed in the United States (Bay Psalm Book).