Enjoy an informal sit down with the people who knew George Washington best.

See the General through the eyes of his family, friends, and hired staff.

Enjoy an informal sit down with the people who knew George Washington best.

See the General through the eyes of his family, friends, and hired staff.

Meet People Who Were at Mount Vernon in 1798

Watch our 18th-century character interpreters as they portray people who were here at Mount Vernon in 1798.

Meet in the Interpretive Center and hear about who they are, what they do at Mount Vernon, and answer your questions related to George Washington, Mount Vernon, or the 18th Century.

Characters vary daily. Character actors reserve the right to end the performance. The program is free with general admission. No additional ticket is required.

Listen to stories from the woman who knew George Washington best - his wife, Martha. Martha Washington will regale you with tales of what it was like being married to our first president, hosting guests at Mount Vernon, living in the eighteenth century - and much more!

A Conversation with Frank Lee 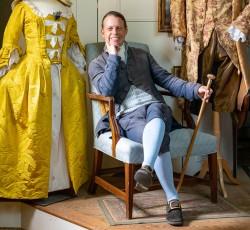 A Dialogue with Tobias Lear

Meet George Washington’s Personnel Secretary, Tobias Lear, who is ready to answer your questions about the 18th century, his life, and his association with the First President and his family. Col. Lear served as the executive secretary to George Washington from 1786 to 1799.

A Conversation with Caroline Branham

Engage in a conversation with Caroline Branham, ladies maid, and seamstress for Mrs. Washington. Learn of her life, her family, and her experiences as a member of the enslaved community of Mount Vernon. Caroline was married to Peter Hardiman, an enslaved groom, and together they had eight children. 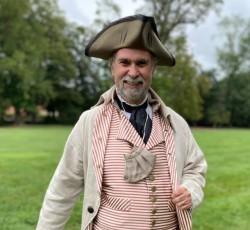 A Discussion with Dr. Craik

Listen to Dr. James Craik, Physician General of the United States and George Washington's friend, as he answers your questions and tells of his life and times with George Washington. Dr. Craik fought in two wars with the General and was one of his best friends.