Arthur Burns and Zara Anishanslin will talk about their experiences with the Georgian Papers Programme.

Arthur Burns and Zara Anishanslin will talk about their experiences with the Georgian Papers Programme.

The Georgian Papers Programme is a ten-year interdisciplinary project to digitise, conserve, catalogue, transcribe, interpret and disseminate 425,000 pages or 65,000 items in the Royal Archives and Royal Library relating to the Georgian period, 1714-1837. The ultimate goal of the Programme is to provide a unique digital resource which is both readily accessible to members of the public and capable of sophisticated manipulation by researchers in any discipline, and to offer academic and public programming representing fresh research and interpretation. 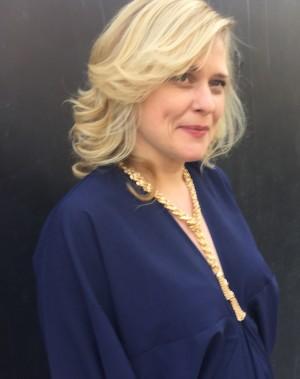 Zara Anishanslin is Associate Professor of History and Art History at the University of Delaware. She previously taught at CUNY and at Columbia, where she co-chaired the Columbia Seminar in Early American History and Culture from 2011-16. Anishanslin received her PhD in the History of American Civilization at the University of Delaware in 2009, and has been a Mellon Postdoctoral Fellow at the New-York Historical Society (2014-15) and a Patrick Henry Postdoctoral Fellow in the Department of History at Johns Hopkins (2009-2010).

Her first book, Portrait of a Woman in Silk: Hidden Histories of the British Atlantic World (Yale University Press, 2016) was the Inaugural Winner of The Library Company of Philadelphia’s Biennial Book Prize in 2018 and a Finalist for the 2017 Best First Book Prize from the Berkshire Conference of Women’s Historians. She has been a frequent talking head on the Travel Channel show, “Mysteries at the Museum,” and served as Material Culture Consult for Lin-Manuel Miranda’s 2019 show, “Hamilton: The Exhibition.”

Anishanslin was the 2018 Mount Vernon Georgian Papers Programme Fellow, working at the Royal Archives at Windsor Castle, the Washington Library, and King’s College London on her new project on the American Revolution, London Patriots. In 2019-20, she is a Barra Postdoctoral Sabbatical Fellow at the McNeil Center for Early American Studies at the University of Pennsylvania. And in 2020-21, she will be a Fellow at the Davis Center in the Department of History at Princeton University. 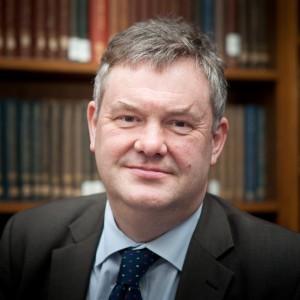 Arthur Burns is Professor of Modern British History at King’s College London. He is currently the academic director of the Georgian Papers Programme. Primarily a historian of later Hanoverian and Victorian Britain, Burns engages with the history of the Church of England over a much longer period, notably through his pioneering involvement in digital humanities. He also co-directed an innovative knowledge transfer project involving historians, archives and the Church of England. He co-founded the Boydell and Brewer monograph series Studies in Modern British Religious History, which has now published more than 35 volumes on this theme. Arthur Burns studied for both his undergraduate degree and doctorate at Balliol College, Oxford. Prior to joining King’s in 1992, he combined teaching at Mansfield College, Oxford with a post as sub-editor of Past and Present.