This year’s exciting program will explore why civic education was so important to America's Founding generation and what we are learning in the twenty-first century about how we should prepare students for a lifetime of citizenship. This event will be followed by a reception.

The Founding Debates are sponsored by The Ammerman Family Foundation to honor former Mount Vernon President and CEO James C. Rees, whose vision lives on with the Washington Library.

This year’s exciting program will explore why civic education was so important to America's Founding generation and what we are learning in the twenty-first century about how we should prepare students for a lifetime of citizenship. This event will be followed by a reception.

The Founding Debates are sponsored by The Ammerman Family Foundation to honor former Mount Vernon President and CEO James C. Rees, whose vision lives on with the Washington Library.

Session I: The Founders and Civic Education 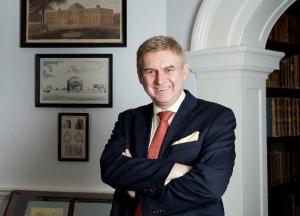 Andrew O’Shaughnessy is the Vice President of Monticello, the Saunders Director of the Robert H. Smith International Center for Jefferson Studies at the Thomas Jefferson Foundation, and Professor of History at the University of Virginia.  His most recent book is the Illimitable Freedom of the Human Mind: Thomas Jefferson’s Idea of a University (Charlottesville: University of Virginia Press, 2021). He is the author of The Men Who Lost America. British Leadership, the American Revolution and the Fate of the Empire, which received eight national awards including the New York Historical Society American History Book Prize, the George Washington Book Prize and The Society of Military History Book Prize. He is also the author of An Empire Divided: The American Revolution and the British Caribbean which was the alternate designate selection of the History Book Club.  A Fellow of the Royal Historical Society, he is an editor of the Jeffersonian America series published by the University of Virginia Press. 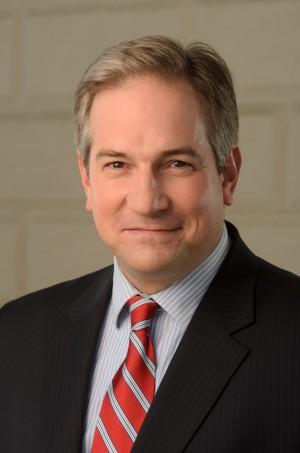 Douglas M. Bradburn, President & CEO of George Washington’s Mount Vernon, is a well-known scholar of early American history. Bradburn formerly served as the Founding Director of the Fred W. Smith National Library for the Study of George Washington at Mount Vernon. He is the author The Citizenship Revolution: Politics and the Creation of the American Union, 1774-1804, and the edited volume Early Modern Virginia: Reconsidering the Old Dominion, the most significant book produced to mark the 400th anniversary of the English founding of Jamestown. He is the winner of numerous grants and fellowships including the year-long Gilder Lehrman Research Fellowship at the Robert H. Smith International Center for Jefferson Studies at Monticello.  Before coming to Mount Vernon, Bradburn served as chair of the history department and director of graduate studies at Binghamton University, State University of New York where he received the SUNY Chancellor’s award for excellence in teaching in 2010. He serves on the Advisory Council of the McNeil Center for Early American History and Culture in Philadelphia, and often consults for documentaries and news programs. 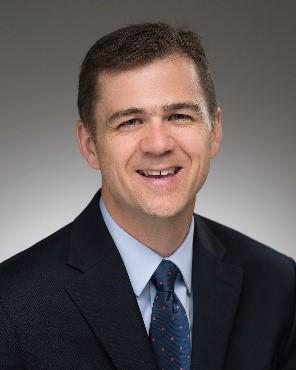 David Campbell is the Packey J. Dee Professor of American Democracy at the University of Notre Dame and the chairperson of the political science department. His research focuses on civic and political engagement, with a particular focus on religion (and secularism) and young people. His most recent book is Secular Surge: A New Fault Line in American Politics. He is currently working on a study of the impact of female political candidates on the political engagement of young people. In 2014, he published Seeking the Promised Land: Mormons and American Politics. He is also the co-author of American Grace: How Religion Divides and Unites Us (winner of the 2011 award from the American Political Science Association for the best book on government, politics, or international affairs), and Why We Vote: How Schools and Communities Shape Our Civic Life. In addition, he has published scholarly articles in a variety of journals, including the American Political Science Review, American Journal of Political Science, Journal of Politics, Public Opinion Quarterly, and Daedalus. 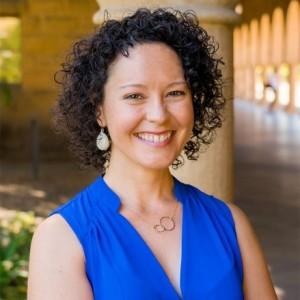 Cristina Lash is an assistant professor of K-12 Educational Leadership at the University of Nevada, Reno. Her research focuses on issues of equity and inclusion within ethnically and linguistically diverse schools. Utilizing critical social theory and ethnographic research methods, Lash investigates how educational leaders can create school environments that help underserved and marginalized students feel they belong in school and in the nation. Lash received her Ph.D. from Stanford University Graduate School of Education, where she specialized in sociology of education and critical studies in race, ethnicity, and language in education. Her latest research includes a comparative ethnographic study of how middle schools teach students American identity in the context of ongoing immigration and rising national diversity. In recognition of the merits of her research to the field of sociology of education, Lash was awarded the prestigious National Academy of Education/Spencer Foundation Dissertation Fellowship. Her scholarship has been published in Ethnic and Racial Studies, the Russell Sage Foundation Journal of the Social Sciences, and Education and Urban Society. 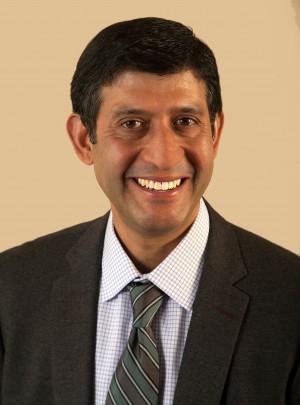 Johann Neem is author of What’s the Point of College? Seeking Purpose in an Age of Reform and Democracy’s Schools: The Rise of Public Education in America. He is co-editor of the recent volume Jeffersonians in Power. His writing has appeared the Washington Post, USA Today, the Los Angeles Review of Books, and other venues. He is a professor of history at Western Washington University in Bellingham, Washington.