As the nation moves ever closer to electing its next commander in chief, the Washington Library joins forces with the University of Virginia’s Miller Center to examine the successes, failures, and unique challenges faced by American presidents during their first year in office.
Register

Promises and Pitfalls of the First 365 Days in Office

Library Founding Director Doug Bradburn and Miller Center Director Bill Antholis will open the evening by introducing the subject, which has been experienced by every man who has assumed the mantle of George Washington. Presidential historians and analysts Richard Brookhiser and Aaron David Miller will then lead a discussion of this fascinating and timely topic moderated by veteran journalist Ann Compton.

The evening will also include a special viewing of George Washington’s personal bound and annotated copy of the U.S. Constitution, known as The Acts of Congress, and will be followed by a reception. 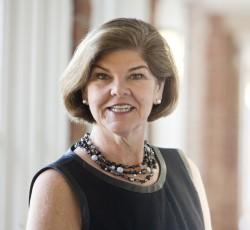 Ann Compton is a former news reporter and White House correspondent for ABC News. A distinguished and highly respected 40-year veteran of the White House press corps, she was the first woman assigned to cover the White House by a television network. Her tenure stretched across seven presidents as well as innumerable life-changing and globe-altering events, including the end of the Cold War. During the terrorist attacks on September 11, 2001 Ms. Compton was the only broadcaster allowed to remain on board Air Force One after President George W. Bush was advised not to return to Washington, D.C. 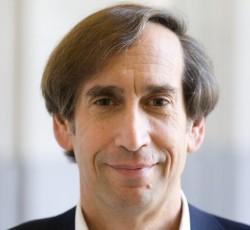 Aaron David Miller is Vice President for New Initiatives and a distinguished scholar at the Woodrow Wilson International Center for Scholars. For two decades he served as an adviser to Republican and Democratic Secretaries of State. His pieces on the presidency have appeared in The New York Times, The Washington Post, Politico, and Foreign Policy, and he appears regularly on CNN, CNN International, NPR, Fox, MSNBC, CBS, NBC, and PBS NewsHour as well as on BBC and the Canadian Broadcasting Corporation. 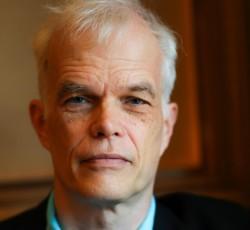 Richard Brookhiser is an American journalist, biographer, and historian. He is a senior editor at National Review. For twenty years he wrote a column for the New York Observer and has also written for The New Yorker, Cosmopolitan, Commentary, and Vanity Fair. He is the author of numerous books about the nation’s founding period. He has been awarded the National Medal of the Humanities (2008) and a Guggenheim fellowship (2011).

The Miller Center is a nonpartisan affiliate of the University of Virginia that specializes in United States presidential scholarship, public policy, and political history and strives to apply the lessons of history to the nation’s most pressing contemporary governance challenges. The Miller Center is committed to work grounded in rigorous scholarship and advanced through civil discourse.

George Washington's copy of the Acts passed at a Congress of the United States of America (New-York, 1789) contains key founding documents establishing the Union: the Constitution, the Bill of Rights, and a record of acts passed by the first Congress. In the margins of four separate pages, Washington wrote the words "President," "Powers," and "Required," underscoring the responsibilities of the first Chief Executive.