The 2019 Michelle Smith Lecture Series will include a plethora of outstanding programs delivered by a cadre of outstanding authors over a period of four months. A reception and book signing will take place after each lecture. Individual tickets can be purchased for each program. This series is supported by an endowment established by a generous grant from Robert H. and Clarice Smith.

Per Lecture:
$65 for General Public
$50 for Members and Donors

Lecture One: Young Benjamin Franklin: The Birth of Ingenuity by Nick Bunker 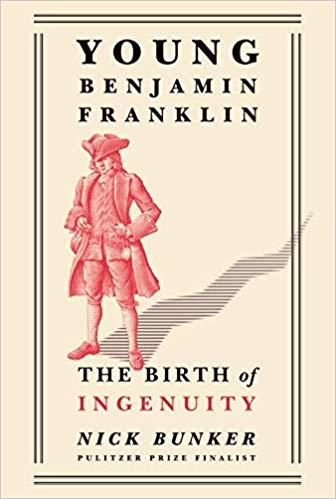 From his early career as a printer and journalist, to his scientific work, and his role as a founder of a new republic, Benjamin Franklin has always seemed the embodiment of American ingenuity. But in his youth, he made his way through a harsh world where he battled both his rivals and his wayward emotions. Taking Franklin to the age of forty-one, when he made his first electrical discoveries, Bunker goes behind the legend to reveal the sources of his passion for knowledge. Always trying to balance virtue against ambition, Franklin emerges as a brilliant but flawed human being. With archival material from both sides of the Atlantic, we see Franklin in Boston, London, and Philadelphia, as he develops his formula for greatness. A tale of science, politics, war, and religion, this story is also about Franklin’s forebears: the talented family of English craftsmen who produced America’s favorite genius.

Nick Bunker is the author of Making Haste From Babylon, a history of the Mayflower Pilgrims, as well as An Empire on Edge: How Britain Came to Fight America, which received the 2015 George Washington Prize.  He is a former investment banker and journalist for the Financial Times, and lives in Lincolnshire, England.

Lecture Two: In the Hurricane's Eye: The Genius of George Washington and the Victory at Yorktown by Nathaniel Philbrick 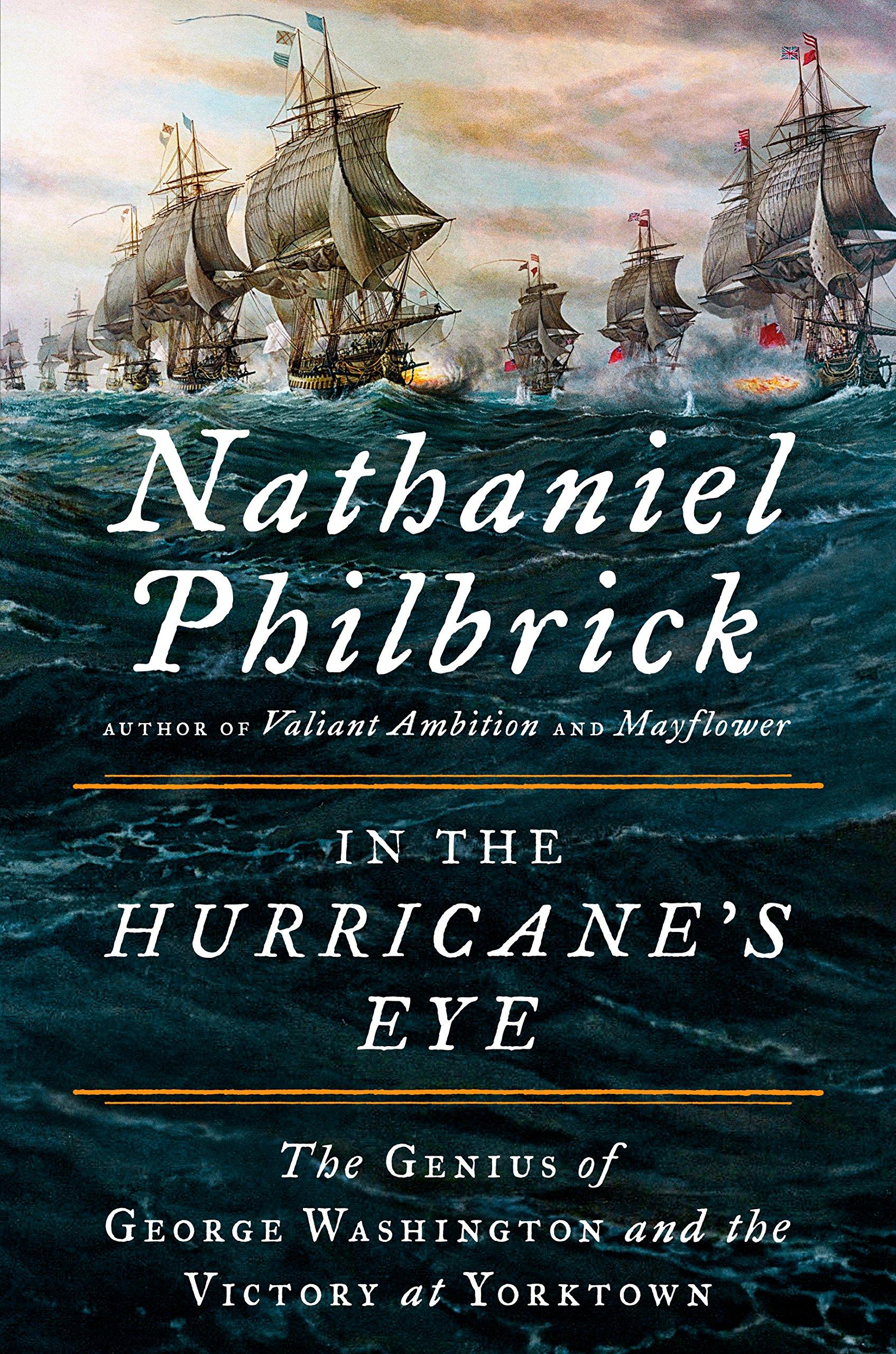 By the fall of 1780, George Washington came to realize that the only way to defeat the British would be with the help of the French navy. But he understood that coordinating his army’s movements with a fleet of warships based thousands of miles away was next to impossible. And then, on September 5, 1781, the impossible happened. Recognized today as one of the most important naval engagements in world history, the Battle of the Chesapeake–fought without a single American ship–made the subsequent American victory at Yorktown a virtual inevitability. Philbrick details the epic and suspenseful campaign through to its triumphant conclusion. A riveting and wide-ranging story, full of dramatic, unexpected turns, In the Hurricane’s Eye reveals that the fate of the American Revolution depended, in the end, on Washington and the sea.

Nathaniel Philbrick received the National Book Award in 2000 for his maritime history, In the Heart of the Sea: The Tragedy of the Whaleship Essex. His book Mayflower: A Story of Courage, Community, and War (2006) was a finalist for the Pulitzer Prize, and his Valiant Ambition: George Washington, Benedict Arnold, and the Fate of the American Revolution received the 2016 George Washington Prize.

SOLD OUT! Lecture Three: The British Are Coming: The War for America, Lexington to Princeton, 1775-1777 by Rick Atkinson 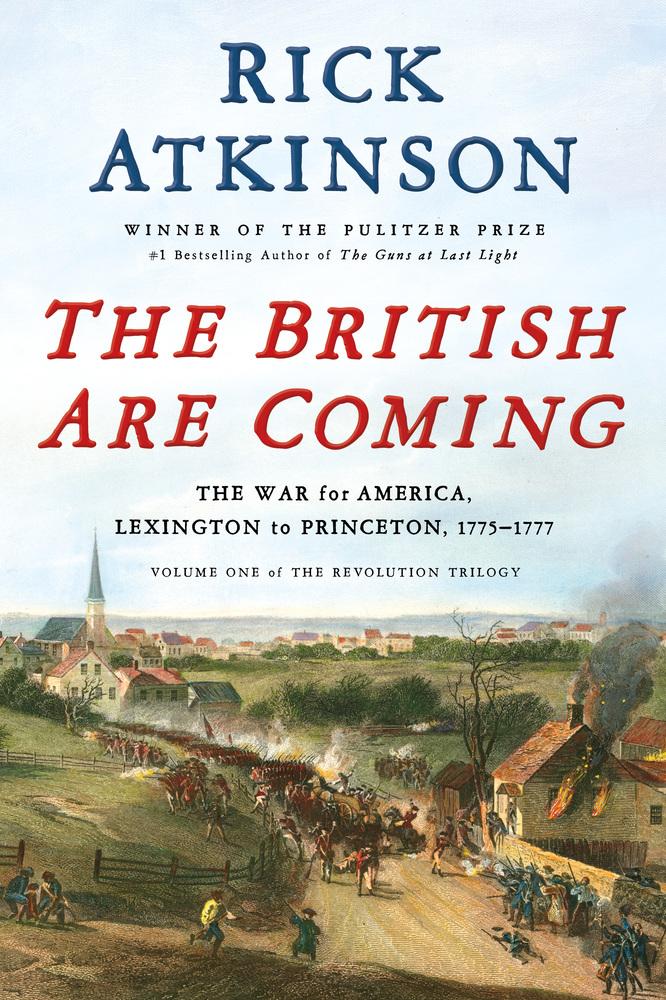 From the battles at Lexington and Concord in spring 1775 to those at Trenton and Princeton in winter 1777, American militiamen and then the ragged Continental Army take on the world’s most formidable fighting force. It is a gripping saga alive with astonishing characters: Henry Knox, the former bookseller with an uncanny understanding of artillery; Nathanael Greene, the blue-eyed bumpkin who becomes a brilliant battle captain; Benjamin Franklin, the self-made man who proves to be the wiliest of diplomats; and George Washington, the commander in chief who learns the difficult art of leadership when the war seems all but lost. This story is also told from the British perspective, making the mortal conflict between the redcoats and the rebels all the more compelling. Full of riveting details and untold stories, The British Are Coming is a tale of heroes and knaves, of sacrifice and blunder, of redemption, and profound suffering. Rick Atkinson has given stirring new life to the first act of our country’s creation drama.

Rick Atkinson is a Pulitzer-Prize winning historian and journalist who worked for many years as a foreign correspondent for The Washington Post. His Liberation Trilogy, a history of the American role in the liberation of Europe in World War II, concluded with the publication of The Guns at Last Light in May 2013. The British Are Coming is the first volume in his new trilogy on the American Revolution.

Lecture Four: "The Only Unavoidable Subject of Regret": George Washington, Slavery, and the Enslaved Community at Mount Vernon by Mary V. Thompson 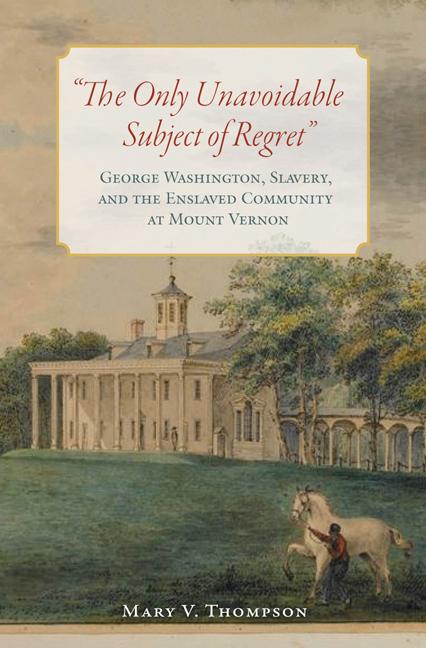 Historians have long scrutinized George Washington’s life, but the experiences of Mount Vernon’s enslaved workers, who left few written records but made up 90 percent of the estate’s population, have been largely left out of the story. This compelling new work examines the lives of Washington’s slaves while illuminating the radical change in his views on slavery and race wrought by the American Revolution. Culling from letters to financial ledgers, travel diaries, and reminiscences, Thompson explores facets of everyday life ranging from work, to housing, foodways, private enterprise, and resistance. Along the way, she considers the relationship between Washington’s military career and his style of plantation management and relates the many ways slaves rebelled against their condition. The book closes with Washington’s attempts to reconcile being a slave owner with the changes in his thinking on slavery and race, ending in his decision to grant his slaves freedom in his will.

Mary V. Thompson is the Research Historian at George Washington’s Mount Vernon, where she has worked since 1980.  She is the author of "In the Hands of a Good Providence": Religion in the Life of George Washington (UVA Press).