Please join us for lunch and compelling discussion with a member of our 2014-2015 class of fellows, as he presents his findings and research at the Fred W. Smith National Library for the Study of George Washington.
Register
Ticketing terms and cancellation policy

On August 19, 2015 Library fellow Michael Blaakman will discuss the results of his research topic, "Speculation Nation: Land Speculators and Land Mania in the Age of the American Revolution."

This is an exclusive members-only event.

Learn more about the benefits of membership. 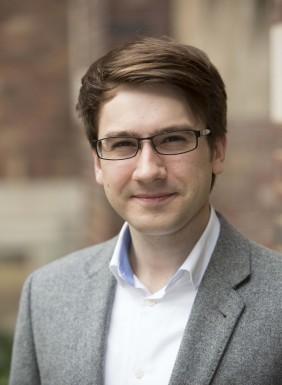 Michael Blaakman is a Ph.D. candidate in history at Yale University. His research explores relationships between governments and financial interests in the tumultuous land market that followed American independence. His work reconstructs the culture and strategies of post-revolutionary financiers, asking why and how speculators invested in land, and why governments decided to sell it to them.