Mount Vernon welcomes authors Gabriel Paquette and Gonzalo Quintero to the Robert H. and Clarice Smith Auditorium to discuss their book Spain and the American Revolution: New Approaches and Perspectives on Tuesday, May 12, 2020.

The authors will sign books purchased at Mount Vernon after the lecture.
Register

Header image: By Spain and for the King, Galvez in America by Augusto Ferrer-Dalmau

Though the participation of France in the American Revolution is well established in the historiography, the role of Spain, France’s ally, is relatively understudied and underappreciated. Spain's involvement in the conflict formed part of a global struggle between empires and directly influenced the outcome of the clash between Britain and its North American colonists. Following the establishment of American independence, the Spanish empire became one of the nascent republic's most significant neighbors and, often illicitly, trading partners. Bringing together essays from a range of well-regarded historians, this volume contributes significantly to the international history of the Age of Atlantic Revolutions. 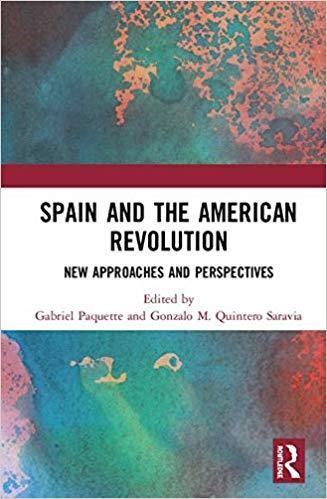 Gabriel Paquette is Professor of History and International Studies at the University of Oregon. He was Sons of the American Revolution Visiting Professor at King’s College London in 2017–2018.