Programs will be held online and will include access to an exclusive opportunity to network with fellow alumni of the George Washington Leadership Institute.

These online events are ideal for executives, professionals, and individuals looking to develop their leadership and learn from the historic example of George Washington.

Individuals participating in one class or the series will come away with a better understanding of the principles of leadership as exemplified by George Washington and have a chance to reflect on their own leadership skills. These online events will explore: 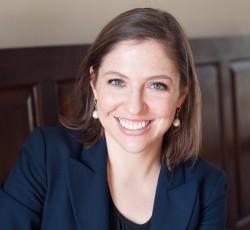 George Washington created the president’s cabinet, one of the most powerful and durable institutions in the U.S. government. Learn why Washington turned to a cabinet, what strategies he used to manage the oversized personalities in his cabinet, and the legacy he left for his successors. 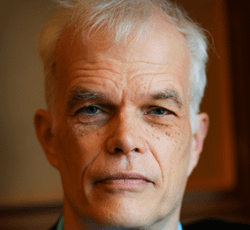 Washington had plenty of relevant experience when he took on the two greatest jobs of his life, Commander in Chief during the American Revolution, and President of the United States thereafter. But he kept learning all the time, which enabled his success. Learn, as Washington did, How to Win a War; How to Pick Colleagues; and How to Run a Start Up.

Dr. Lindsay M. Chervinsky is an expert in the cabinet, presidential history, and U.S. government institutions. Currently, she is serving as Scholar in Residence at the Institute for Thomas Paine Studies at Iona College and Senior Fellow at the International Center for Jefferson Studies.

Previously, she was a historian at the White House Historical Association and a Postdoctoral Fellow at the Center for Presidential History at Southern Methodist University.

She received her B.A. in history and political science from the George Washington University, and completed her masters and Ph.D. from the University of California, Davis.

She is the author of the award-winning The Cabinet: George Washington and the Creation of an American Institution, which was published by Harvard University Press on April 7, 2020.

When she’s not writing, researching, or speaking about history, she loves to hike with her husband and her dog, John Quincy Dog Adams.

Richard Brookhiser is a senior editor of National Review and the author of eleven books, including George Washington on Leadership.

He has also written What Would the Founders Do?, Founding Father, Alexander Hamilton, American, and America's First Dynasty: The Adamses, 1735-1918.

He wrote and hosted the critically acclaimed PBS documentary Rediscovering George Washington. He has written for TIME magazine, The New Yorker and the New York Times. He lives in New York City.