The Fred W. Smith National Library for the Study of George Washington offers fellowships to support the growing community of scholars whose research focuses on the life and leadership of George Washington, and his place in the development of American civic life and culture.  Both long and short-term fellowships are available for trained scholars of all professional levels. 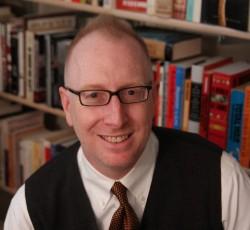 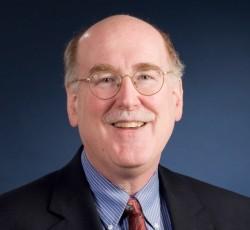 Bullock is Professor of History at Worcester Polytechnic Institute. His publications include Revolutionary Brotherhood: Freemasonry and the Transformation of the American Social Order, 1730-1840, and the forthcoming The Politics of Politeness: Leadership and Authority in Colonial British America. He has commented on American history on ABC, CNN, and NPR, and appeared in documentaries aired on PBS, and the History Channel. 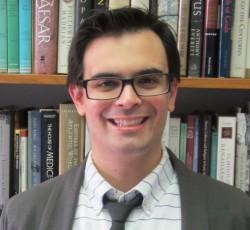 “American Dictators: Committees for Public Safety during the American Revolution, 1775-1784”

Canale earned his Ph.D. at Binghamton University. He is a Visiting Assistant Professor at Le Moyne College. His current research project examines committees for public safety and disaffection during the Revolutionary War. 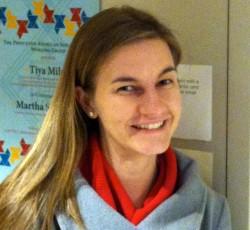 “Practicing Representative Politics in the Revolutionary Atlantic World: Secrecy, Accountability, and the Making of Modern Democracy”

Carter is a Ph.D. candidate in history at Princeton University whose research examines debates about state secrecy during the Age of Revolutions, circa 1770-1800. Her research explores how the ability to demarcate between visible and concealed, public and private, was integral to the conceptualization and practice of representative politics in both the United States and France. 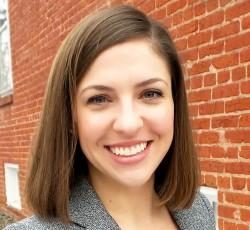 “The First Presidential Cabinet: The British, State, and Military Origins, 1700-1800”

Chervinsky is a Ph.D. candidate in history at the University of California, Davis whose research explores how key government institutions evolved beyond the boundaries of the United States Constitution in the Early Republic. Her work examines how George Washington drew on American perceptions of the British cabinet, executive precedent established in the state governments, and his own military leadership experience to shape the first presidential cabinet.

Recipient of the James C. Rees Fellowship on the Leadership of George Washington. 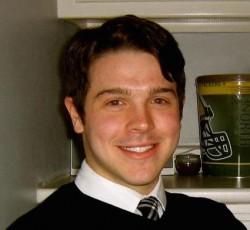 "The Property of the Nation: Democracy and the Memory of George Washington, 1799-1865"

Costello is a Ph.D. candidate in early American history at Marquette University whose research explores how Americans personally experienced George Washington’s legacy in the nineteenth century through visits to his estate and tomb at Mount Vernon. The history of Washington’s tomb illuminates the origins of an American celebrity culture, one that elevated Washington in significance but also allowed individuals to shape his memory, a process that ultimately transformed him into a democratic figure. 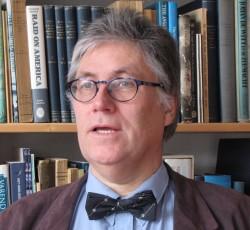 Enthoven is associate professor in history at the Free University of Amsterdam. In 2004 he co-edited in conjunction with Johannes Postma the award winning edited volume Riches from Atlantic Commerce: Dutch Transatlantic Trade and Shipping, 1585-1817. His research explores Dutch Atlantic connections in the eighteenth century, especially with North America. 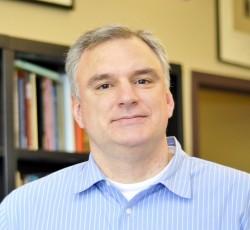 “A Presbyterian Rebellion: The American Revolution in the Mid-Atlantic”

Fea is Professor of History and Chair of the History Department at Messiah College. He is the author of numerous books and articles including Was America Founded as a Christian Nation?: A Historical Introduction, which was one of three finalists for the George Washington Book Prize in 2012. He is working on a book about religion and the American Revolution in the mid-Atlantic. 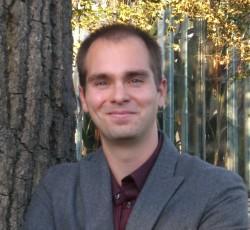 “The Man of the People: Political Dissent and the Making of the American Presidency”

Green received his Ph.D. from Washington University in St. Louis. A scholar of early United States politics, his research focuses on the cultural power of political institutions and the relationship between political dissent and government authority. He has been awarded a research grant from The White House Historical Association and a fellowship from the International Center for Jefferson Studies. 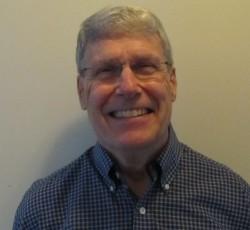 “Learn Our Arts and Ways of Life”: George Washington & the Civilization of Native Americans 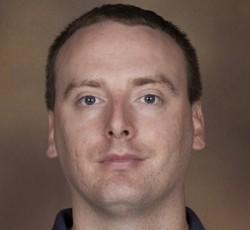 "George Washington, the Newburgh Conspiracy, and the Fate of the Continental Army"

Head is an assistant professor of history at Spring Hill College in Mobile, Alabama, where he teaches courses on early America. His first book, Privateers of the Americas: Spanish American Privateering from the United States in the Early Republic, will be published by the University of Georgia Press in October 2015.

Recipient of the Amanda and Greg Gregory Family Fellowship 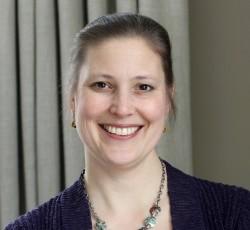 Henderson is an art historian and museum consultant whose work focuses on gender, politics, and material culture in the early republic. She received her Ph.D. from the University of Delaware and is currently revising her dissertation, “Furnishing the Republican Court: Building and Decorating Philadelphia Homes, 1790-1800,” for publication. 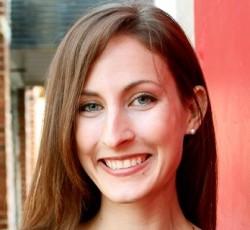 Holmes is a Ph.D. candidate in history at the University of South Carolina whose work explores how architectural space and the senses shaped relationships between masters and slaves on colonial plantations in South Carolina, Barbados, and Virginia. At Mount Vernon, she will be studying George Washington’s mid-eighteenth century transformation of the Mansion. 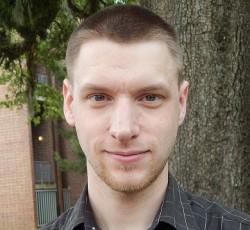 “Chasing Fabius: the Revolutionary Army of Hessen-Kassel and its Mission in America, 1776-84”

Juergens is a Ph.D. candidate at Florida State University whose research explores the German auxiliaries of the Holy Roman Empire which served dual masters during the American War of Independence. He is particularly interested in military professionalism and innovation in the Age of Revolution. 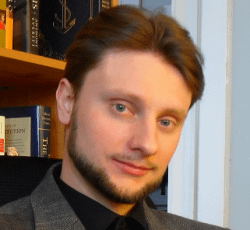 "An Empire of Interests: The Ohio Company and the Expansion of the 18th Century British Empire"

Lane is a Ph.D. candidate at Binghamton University, State University of New York whose research analyzes the development of the British Empire in the Ohio territory in the early 18th century. He is focusing on the informal means by which the empire utilized local patronage networks and economic interests to expand its sovereign control of contested territories, and the central role George Washington played in those designs. 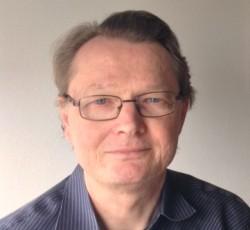 “Two Heroes of Two Distant Worlds: The Comparison of the Cults of George Washington and Lajos Kossuth”

Lévai is Associate Professor of History at the University of Debrecen in Hungary. He is interested in the lives and political philosophies of leaders of the American Revolution, especially Thomas Jefferson and George Washington, and he studies the impact of European Revolutions of 1848-1849 in the United States. He is the author of The Republicanism Debate: a Study of the Historiography of the American Revolution (2003, in Hungarian). 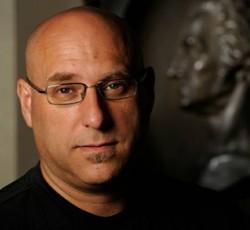 Levy is a Professor of History at the University of South Florida. In 2008 he won international attention for co-leading the team that found the remains of George Washington’s childhood home at Ferry Farm in Fredericksburg, Virginia—the saga of which he recounted in his 2013 book, Where the Cherry Tree Grew: The Story of Ferry Farm, George Washington’s Boyhood Home. His forthcoming book, George Washington Written Upon the Land explores the many retellings of Washington’s much-fabled childhood and covers themes ranging from biography to archaeology and environmental history to rabbinic thought. 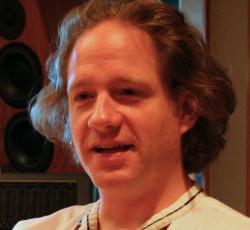 "Songs on Words of Washington"

Thomas is a New York-based composer, conductor, recording producer and performer, and Associate Professor of Contemporary Writing and Production at Berklee College of Music in Boston. His research project is the creation of a modern musical work for orchestra and choir, with texts chosen from Washington's letters during the Revolutionary period. 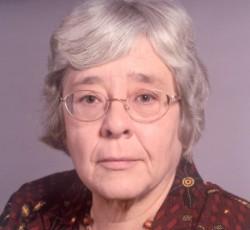 Walsh was for twenty-five years an historian at the Colonial Williamsburg Foundation. She is the author of several publications on slavery and plantation management, including Motives of Honor, Pleasure, and Profit: Plantation Management in the Colonial Chesapeake, 1607-1763. Her research project investigates Washington’s strategies for managing enslaved labor on Mount Vernon in the post-Revolutionary era.