In this episode, Dr. Kevin C. Butterfield sits down with Dr. Woody Holton to discuss the 10th anniversary of his Bancroft Prize winning book, Abigail Adams. 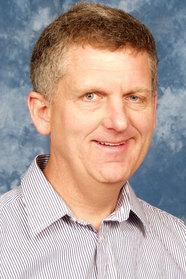 Woody Holton is the McCausland Professor of History at the University of South Carolina where he teaches Early American history, especially the American Revolution, with a focus on economic history, African Americans, Native Americans, and women. A former professor at the University of Richmond, he is the author of Unruly Americans and the Origins of the Constitution (2007), and his book, Abigail Adams received the Bancroft Prize in 2010.

Mount Vernon welcomes author Carla McClafferty to the Robert H. and Clarice Smith Auditorium to discuss her book for young adults titled Buried Lives: The Enslaved People of George Washington's Mount Vernon on Thursday, April 11, 2019. The event will also feature a presentation from Mount Vernon's archaeology department, highlighting recent discoveries from the Slave Cemetery and about the enslaved population.