In this episode, Dr. Joseph Stoltz sits down with Associate Professor of History at the University of Northwestern St. Paul and former Washington Library research fellow Dr. Jonathan Den Hartog to discuss his findings on John Jay. 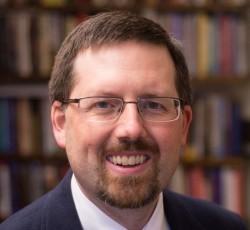 Jonathan Den Hartog is associate professor of history at the University of Northwestern – St. Paul, MN. In 2012-13, he was the Garwood Visiting Fellow at the James Madison Program in American Ideals and Institutions at Princeton University. His first book is Patriotism and Piety: Federalist Politics and Religious Struggle in the New American Nation (2015). Den Hartog’s current research centers on the thought and politics of the founding father John Jay.