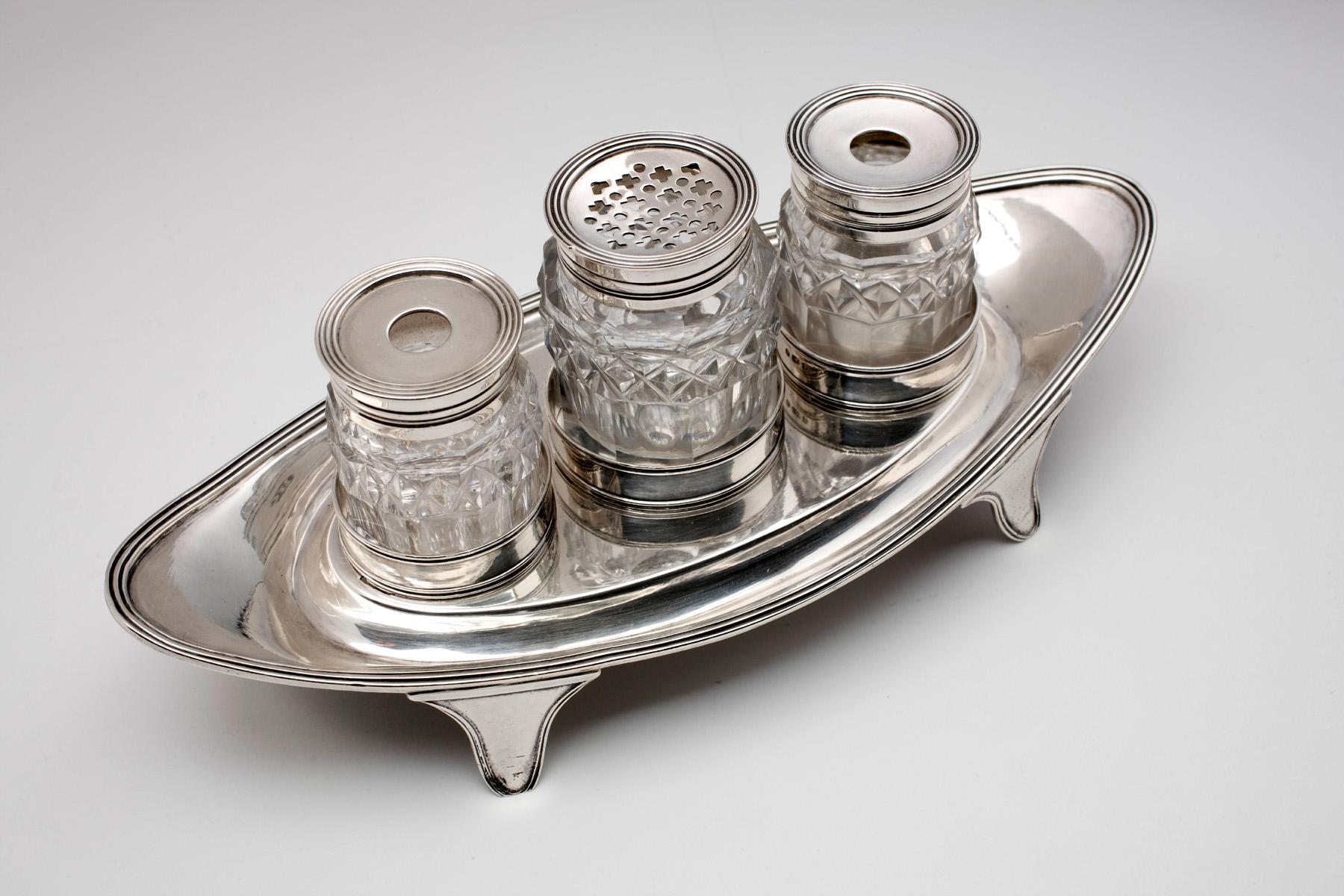 Prior to the early twentieth century, reading and writing were taught to children at different ages as separate skills. Typically children learned to read around the ages of 4 to 7, while writing instruction was delayed till between ages 9 and 12. This delay allowed children to develop the manual dexterity to use a quill pen, and to focus on the oral-based reading instruction of the period. Another challenge that beginners faced was immediately learning to write in “cursive”, or script, since “print” handwriting, so-called because it mirrored printed type, was reserved for specialized uses like labeling parcels.

John Locke wrote in the late seventeenth century that the best way to get a child to write was “to get a plate graved with the characters of such a hand as you like best... let several sheets of good writing-paper be printed off with red ink, which he has nothing to do but go over with a good pen fill’d with black ink”, a pedagogical method that remained constant throughout the eighteenth century.1 From letters students moved on to copy increasingly complex sentences and letters. Advanced students sometimes combined their lessons in mathematics and languages into elaborate manuscripts, as George Washington did in an exercise book concerning geometry when he was 12.2

The division of literacy education into two distinct and sequentially separated skills meant that the inability to write did not necessarily imply an inability to read. While basic reading ability in America in the eighteenth century was widely considered to be a spiritual necessity regardless of a person's class, gender, or race, writing instruction was deliberately limited to elite whites of both sexes and men of business and trade. 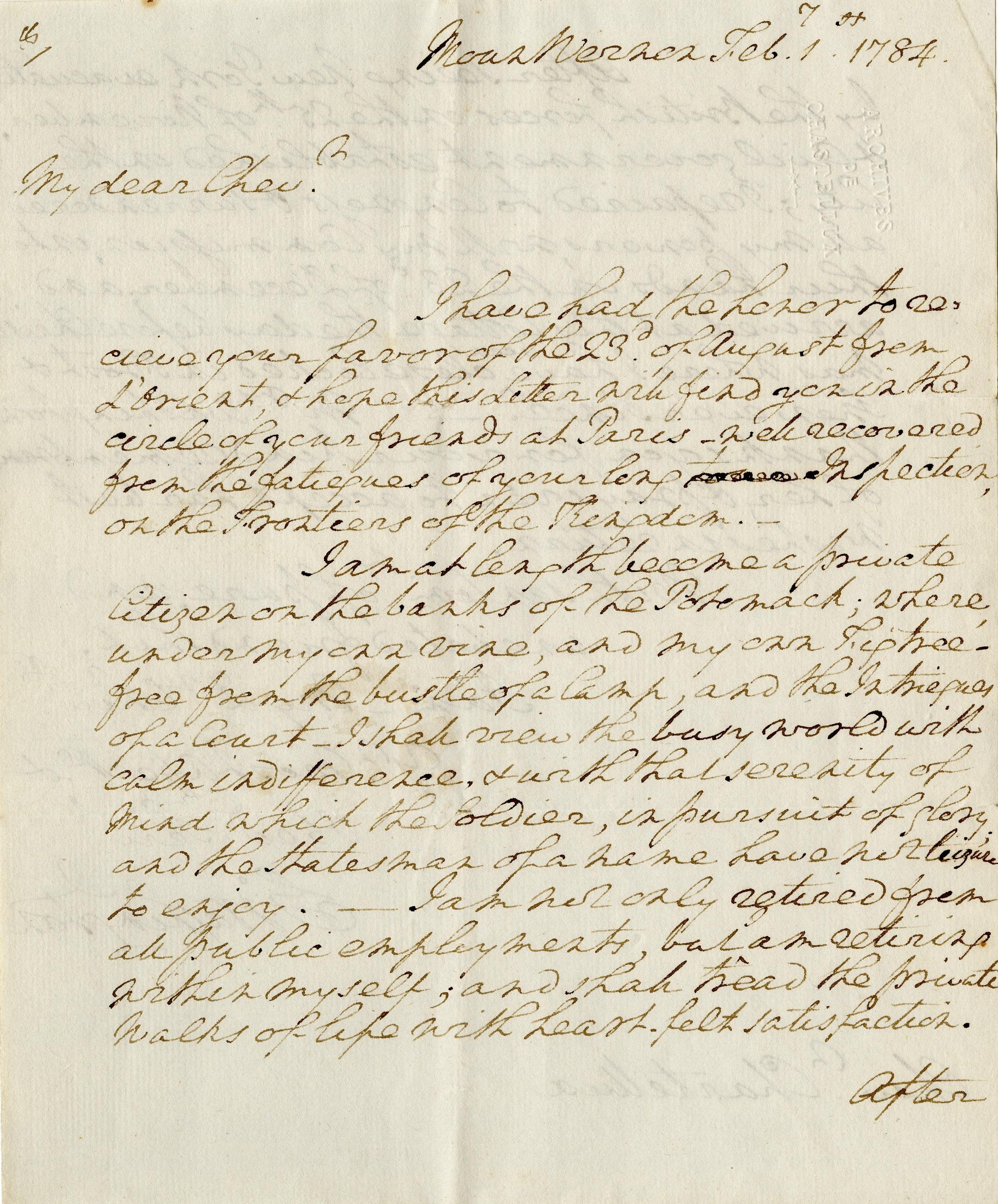 Good penmanship was an essential skill for merchants. “Writing is the First Step, and Essential in furnishing out the Man of Business,” wrote the English teacher and author Thomas Watts in 1716, and business manuals throughout the eighteenth century tied good handwriting directly to a merchant’s reputation and credit.3

These manuals made it clear that business handwriting should be easy to read and quick to write. They advised those destined for the clerk’s desk or the merchant’s counting house to adopt a bold and neat hand (an 18th century term for script) such as the round hand, or the quick running hand. The latter could be written more quickly because its letters were sloped and connected to one another.

Developing proper handwriting was an essential part of the social education of the eighteenth-century gentleman as well. In contrast to merchants, writing manuals suggested young gentlemen practice until their handwriting looked effortless, easy, and disengaged. To achieve this end, penmanship books often recommended a variant on the running hand that would mark the genteel writer as distinct from the mercantile scrivener. Thomas Jefferson commented that George Washington “wrote readily, rather diffusely, in an easy correct style.”4

Among women, writing was a skill largely restricted to elite members of the gentry in the early eighteenth century. Female literacy increased over the course of the eighteenth century as it became a necessary polite refinement for the upwardly mobile as well as a household management skill. Girls often learned in private settings from relatives or tutors, or in private female academies, where writing was taught as an accomplishment alongside skills like needlework and musical ability. Ideally their round or running hand would be pleasantly delicate and reflect the writer’s feminine sensibilities.

In areas of colonial America with public schools, such as Massachusetts, boys destined for business often learned in publically-funded writing schools. Children in the German-speaking areas of Pennsylvania often learned to write in mixed-gender church and fee-funded schools, and children and adults of both sexes learned to write from private tutors or at home throughout the colonies.

The forms for handwriting were conveyed through penmanship books, which were usually illustrated with costly copperplate engravings and almost exclusively imported into America before the 1790s. Many penmanship manuals also contained introductions to grammar, arithmetic, and accounting.

The categorization of different scripts by class and gender was reflected in the copy-phrases used in penmanship manuals: phrases for women and elite men often used moral maxims, while copy-books aimed at aspiring clerks contained bills and arithmetic problems.

Letter writing manuals grew in popularity as correspondence became a fashionable hobby for the upwardly-mobile in the mid-eighteenth century. These books advised correspondents on the various conventions of writing a letter, as well as the correct ways to address and seal it.

Before the invention of the envelope in the 19th century an essential part of a letter was the seal, which could be made of a colored flour disc called a wafer or costlier sealing wax. 18th century newspapers ads placed by stationers frequently advertised both, along with paper, pens, ink, reading glasses, and other writing essentials.

A popular American imprint introduced its section on writing with the following poem:

Round and flat Rulers on yourselves bestow,

With willing Mind, these, and industrious Hand,

Will make this Art your Servant at Command.5

Quill pens were made from birds’ wing feathers, usually geese. The number of quills required to keep an American colony writing was formidable, often numbering in the thousands for a writing master at a large school.

Gum sandarac, harvested from an African tree, was used to prepare the paper to absorb ink more evenly. It was also used to absorb ink blots during writing. As the rudimentary American papermaking industry was unable to keep up with demand, paper was largely imported after being made in England or the Netherlands.

Ink was often imported, and sold in both powdered and liquid forms, as well as being made at home. Eighteenth-century black inks were generally made from a combination of gum arabic (a type of tree gum) and oak galls (a hard, round outgrowth created by wasps laying their eggs in oaks), both imported from the Middle East. Inkmakers combined them with copperas (iron (II) sulfate) from Europe in a variety of recipes that included cooking, soaking, or fermenting, which produced a deep black that was seen as essential for respectable correspondence and record-keeping.

4. Thomas Jefferson, letter of 1814, quoted in Thornton, Handwriting in America: A Cultural History, 39.

Watts, Thomas. An Essay on the Proper Method for Forming the Man of Business. London, 1716, https://books.google.com/books?id=0xhZAAAAcAAJ&printsec=frontcover#v=onepage&q&f=false.