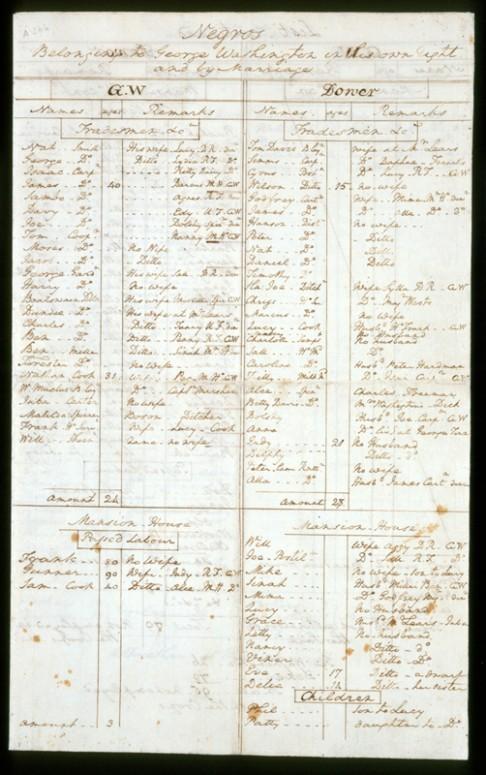 There were forty-five slaves living on Dogue Run Farm in 1799, the last year of George Washington's life. Twenty-seven of these individuals were owned by George Washington, with the remaining eighteen being dower slaves owned by Martha Washington. There appear to have been eight family groups of enslaved individuals living at the farm in 1799. Of the twenty-four people listed as adults, four couples were able to live together at Dogue Run, while another six individuals were married to people living elsewhere. Twenty of the twenty-four adults (83.33%) had been living at Dogue Run since 1786. The specific information about each individual is unfortunately sparse, and is based largely on their appearances in George Washington's various papers, writings, and accounts.