If George Washington were alive today, he would not be too surprised to learn that a national holiday had been established in his honor. That's because it was also a celebrated occasion during his own life time, when his birthday provided the perfect opportunity for the new nation to honor its victorious commander-in-chief and first president.

Washington himself paid little attention to his birthday, and surviving domestic records include no mention of family birthday observances at Mount Vernon. Instead, Washington's diary shows that he most often spent the day hard at work answering correspondence and managing his Mount Vernon estate. 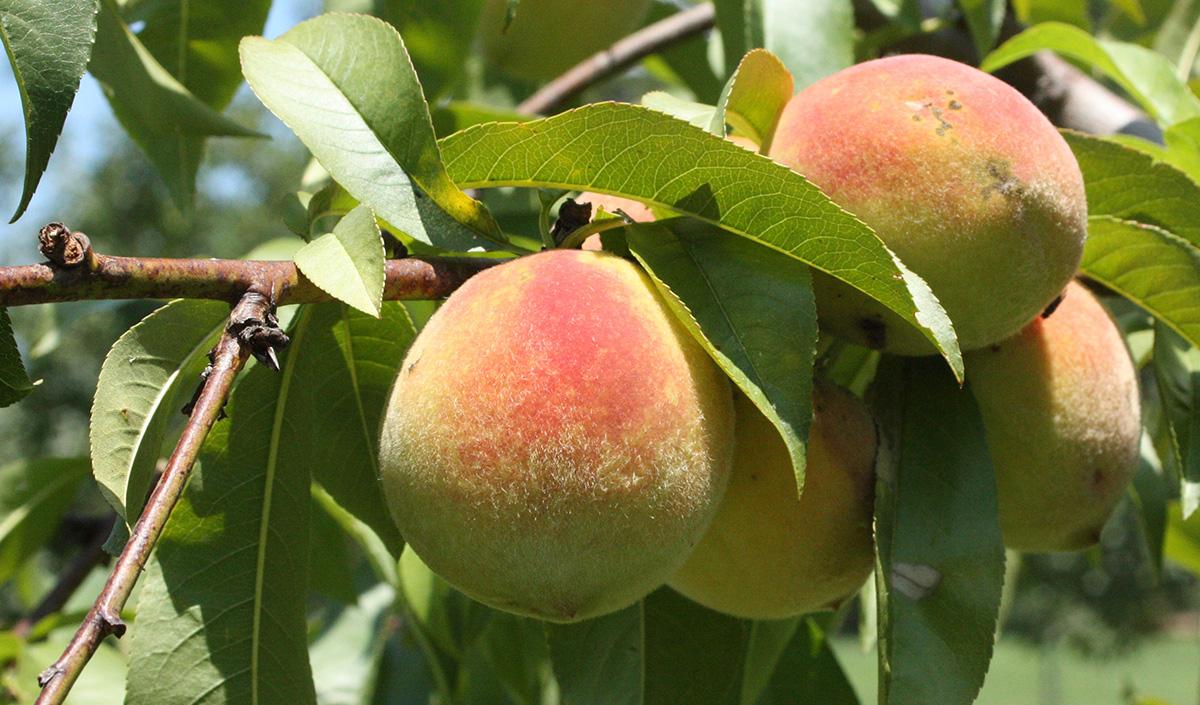 Another birthday in 1788 garnered this brief entry in his diary:

“About 10 o'clock last night it began to snow and continued to do so all night and till afternoon this day-- but as it drifted much the depth cd. not be ascertained.. I remained at home all day.” 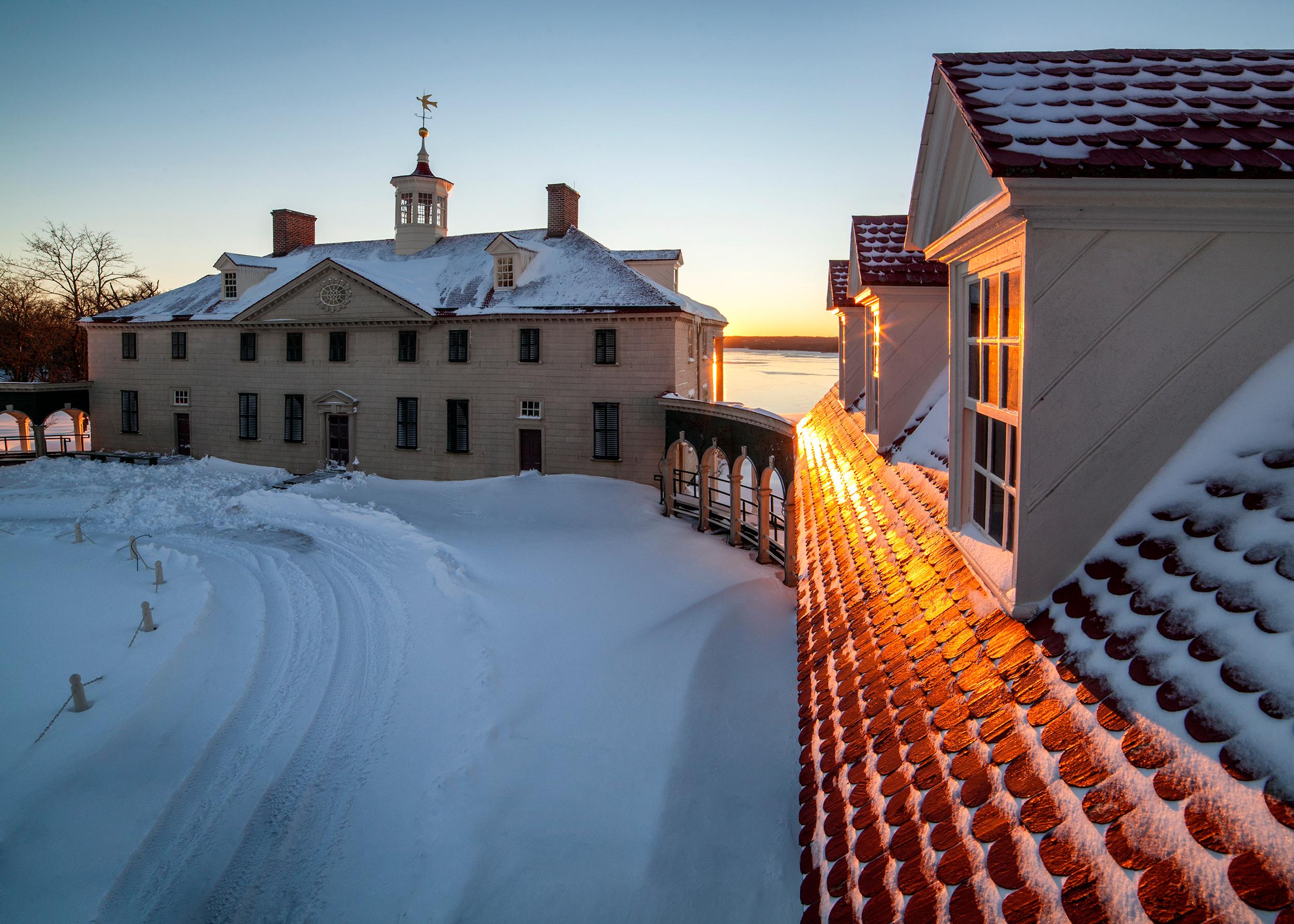 The snowfall, which kept Washington indoors on his 56th birthday, was only six inches according to another source, hardly enough to have kept Mount Vernon's master from making his usual circuit of the five farms.

Age had doubtless taken its toll. Sixteen years earlier Washington had ridden out when the snow was so deep it came "up to the breast of a Tall horse everywhere..." That storm eventually confined Washington to home as well, but not before he had measured his endurance against the power of nature.

Partake in special wreathlaying ceremonies throughout the day, watch as newly naturalized Americans take the oath of citizenship, or strike a presidential pose in front of our lifesized Lansdowne painting.

During the Revolutionary War, as Washington's fame as a statesman and military leader grew, others began to take note of this event.

In 1778 at Valley Forge, a group of drummers and fifers from Proctor's Artillery gathered in front of their commander in chief's quarters to serenade him on his birthday.

The soldiers were probably inspired by the British custom of honoring the King's birthday. It is significant that they singled out Washington at this time as the figure whose birthday would celebrate instead.

Philadelphia, the seat of the new government, was the site of some of the most elaborate festivities. Members of Congress, state officials, members of the Society of the Cincinnati, clergymen, diplomats, faculty members at the University of Pennsylvania, and a throng of other well-wishers gathered around President Washington to congratulate him on his birthday. There were artillery salutes and the bells of Christ Church rang out every half hour. At night, the City Dancing Assembly held a birthday ball attended by the most respectable and powerful citizens who were honored by the company of the President and First Lady.

One young guest at the ball in 1795 sent this glowing report to her mother: "[Mrs. Washington] was dressed in a rich silk, but entirely without ornament... We were not long seated when General Washington entered, and bowed to the ladies as he passed round the room... When he bowed to me, I could scarcely resist the impulse of my heart... to meet him."

By the years of the presidency, Washington's birthday had become a popular national event. In 1796, a young English traveler, Isaac Weld, reported that "not one town of importance was there in the whole Union where some meeting did not take place in honor of this day."

The citizens of Williamsburg, Virginia marked the occasion in 1779 with an "elegant entertainment" at Raleigh Tavern. As part of the celebration, students at the College of William and Mary prepared a special subscription paper which they presented on Washington's birthday.

The last two years of his life, Washington attended celebrations of his birthday given by his Alexandria neighbors, a custom which continues today in this restored town on the Potomac River.

The Alexandria celebrations were also noteworthy as they occurred on February 11, Washington's birthday under the old-style Julian calendar. This date had been Washington's birthday for the first 20 years of his life but changed in 1752 when the English Parliament adopted the newer and more accurate Gregorian calendar. As a result, all earlier dates were revised by the addition of 11 days.

Washington's last birthday, February 22, 1799, was made particularly memorable by a different kind of celebration-- a wedding at Mount Vernon between Martha Washington's granddaughter, Nelly Custis, and Washington's nephew. With typical reserve, Washington recorded in his diary only that "Miss Custis was married abt. Candle light to Mr. Law[renc]e Lewis."

The Celebration Continues at Mount Vernon

Each year we celebrate Washington's birthday by opening our doors to the public for free. Come join us on February 22nd!