Mount Vernon is open for Independence Day!  Come celebrate with us.  Event Schedule

If the Vessel your Honour hir’d of Colo. Eyre has not left York, or Mr Carlyle’s Norfolk and Hampton We should be glad to have as many Tints sent up as can be spard, for there is no proper Linnen to make them of here and would be difficult to get done if there was[.] We also are much in want of Cutlasses, Halbards, Officer’s half Pikes, Drum’s &ca which I am inform’d are in the Magazine that Drum which was sent up with the Artillery being very bad is scarcely worth the trouble of carrying.

The generality of those Men, who have enlisted for this Expedition are much in want of, and press greatly for Cloathings[.] They all desire so earnestly to be put into a Uniform dress that they would gladly do it at their own Expence to be deducted out of their Pay it was the greatest objection to enlisting and many have refus’d solely on that account after coming purposely to do it with Expectation of getting a Regimental Sute and if I may be so bold to offer my Opinion I can’t think but the good Effects that it may produce will sufficiently recompense for any trouble that will ensue. It is the Nature of Indians to be struck with, and taken by show and this will give them a much higher Conception of our Power and greatness and I verily believe fix in our Interest many that are now wavering and undetermin’d whose Cause to Espouse—If it was only a Coat of the Coursest red which may be had in these parts it would answer the Intention—red with them is compard to Blood and is look’d upon as the distinguishing marks of Warriours and great Men—The shabby and ragged appearance the French common Soldiers make affords great matter for ridicule amongst the Indians and I really believe is the chief motive why they hate and despise them as they do. If these are the Effects, the Cause may be easily, and timely remedied. I hope Your Honour will pardon this freedom, which I should not have assum’d but with a good Intention It is my acquaintance with these Indians, and a Study of their Tempers that has in some measure let me into their Customs and dispositions.

There is another thing the Soldiers enquire much about i,e, who is to be pay Master and the time for payment Your Honour’s answer to this will oblige me very much as I may thereby satisfie the doubts which arrise on that Head[.] I am with all due respect Yr Honours most Obt Humble Servt 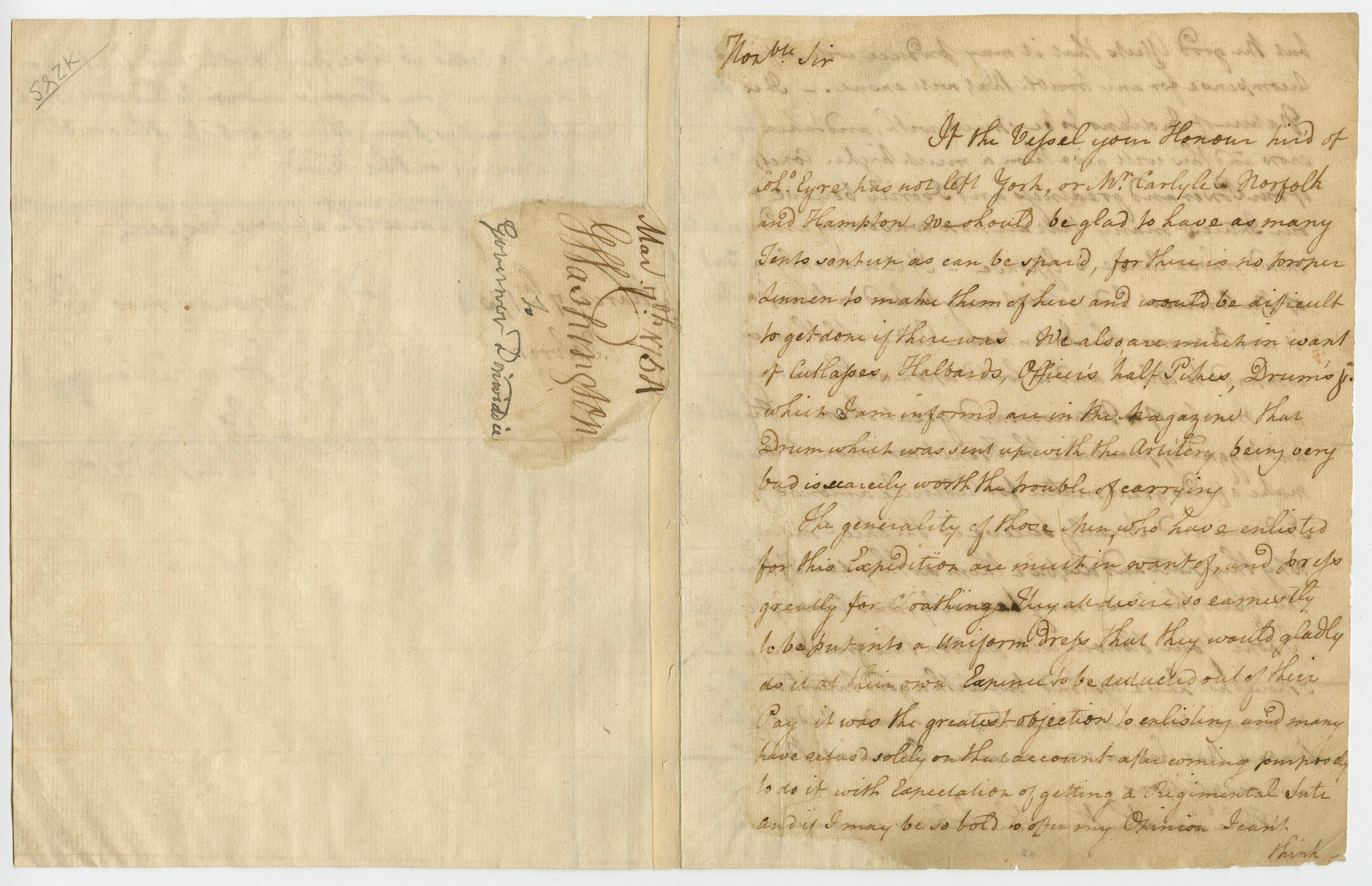 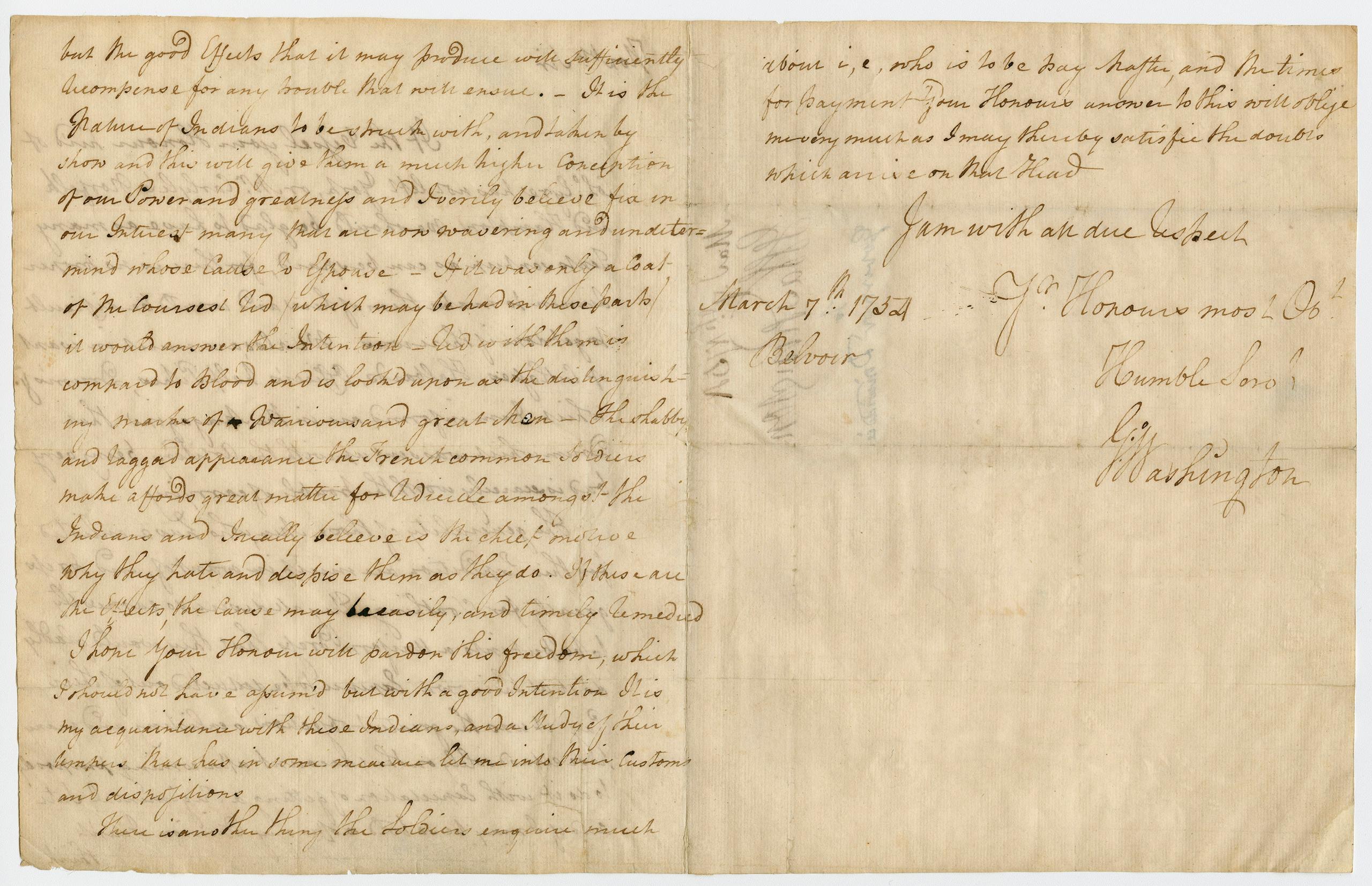