In 1853, Louisa Bird Cunningham was traveling on the Potomac River and passed by Mount Vernon in the moonlight. Struck by its appearance, and fearing that it would soon be lost to the nation for lack of upkeep, Cunningham wrote a letter to her daughter Ann Pamela Cunningham.

In the letter, Cunningham commented that if the men of the United States would not save the home of its greatest citizen, perhaps it should be the responsibility of the women. These words galvanized her daughter into action. Initially writing under the nom de plume, "A Southern Matron," Ann Pamela Cunningham challenged first the women of the South, and later the women of the entire country to save the home of George Washington. 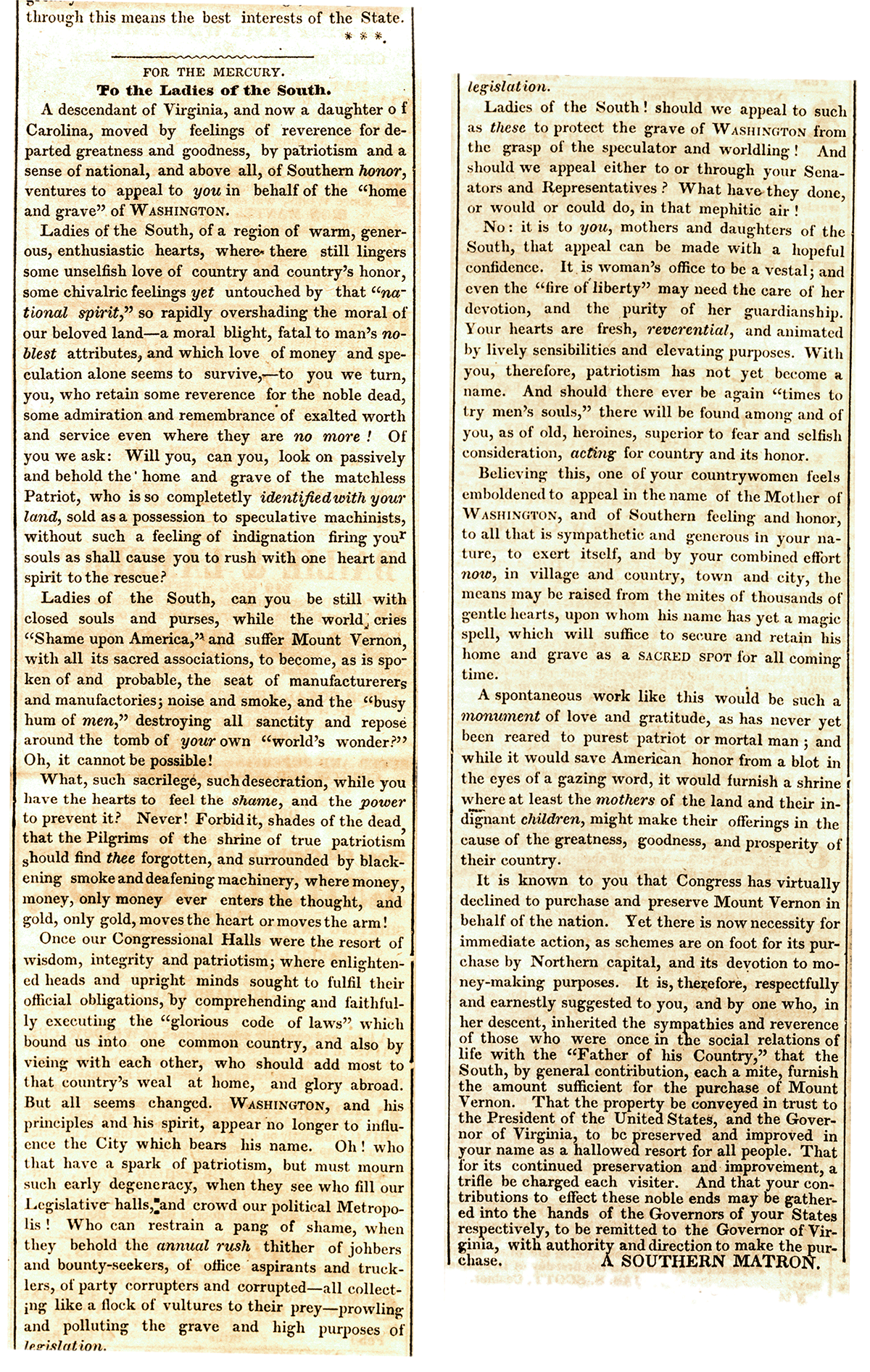