When Ann Pamela Cunningham established the Mount Vernon Ladies’ Association (MVLA), the Association became the first preservation organizations in the United States. At the time, society favored women who remained in the private sphere and away from public affairs. Many believed, for example, that politics corrupted women. Cunningham was inspired, however, by a sense of patriotic duty to make the bold choice to enter the public arena in an effort to save George Washington’s home. Americans had a responsibility to their country and to Washington’s memory, as Cunningham argued. The first Regent was involved in every aspect of the organization, and she proved to be a clever leader who used print media to inspire women to join the MVLA. The ladies were relentless and successful in their efforts to reach people in small towns and large cities and raise funds to save Mount Vernon for future generations. Cunningham broke barriers by establishing the first preservation organizations in the country and inspiring many women to remain active members of their society.

Inspired by her mother and her own patriotic calling, Ann Pamela Cunningham decided to do everything in her power to save George Washington's home from ruin. Although Cunningham's requests to purchase and restore Mount Vernon were first ignored, she persisted until her plans were taken seriously.

Born to an affluent South Carolina family, Cunningham was a well-connected and educated elite woman who proved to be a skilled leader.

For Honor and Morality

“To the Ladies of the South”

Primary Source: In this published letter, Ann Pamela Cunningham argued that it was the moral duty of women to rescue Washington’s home from destruction and shame. Perhaps influenced by Congress’s decision to turn down the opportunity to save Mount Vernon, Cunningham criticized Congress for what she believed to be its clear deterioration at the hands of corruption and immorality. For Cunningham, however, the women who truly loved their country were pure and superior enough to lead the righteous cause of saving Mount Vernon.

The Use of Print Media

Under Cunningham’s leadership, the MVLA used print media to reach people across the nation. In this flyer, the ladies encouraged the children of America to form groups and make donations for the purchase and restoration of Mount Vernon. The ladies perhaps believed that there was a chance people would ignore their calling perhaps for economic reasons. However, the clever women understood that providing people with a tangible incentive would likely result in more donations. Offering people, who donated, a patriotic souvenir increased the chances of a successful fund-raising.

The Association also encourage ladies to lead fund-raising efforts at the local level. As Cunningham envisioned, the women of the MVLA were socially connected and proactive. Women from small towns and large cities, encouraged friends, who perhaps had not heard of the initiative, to make donations.

This letter partially reads:  "It will give me great pleasure to become the agent of the Mount Vernon Association for our own little village, and I beg you will assure Miss. Hamilton that I am actively at her service. I have long felt very much interested in this act of national homage… Under the present arrangement, however, I shall hope to have the tribute of our friends on the shores of Lake Otsego to add to my own little golden dollar."

Mrs. Cunningham understood the social and political significance of the 4th of July celebrations and advised Vice Regents to reach out to citizens of their states and persuade them to donate money.

The MVLA sought to encourage donations during the 4th of July. 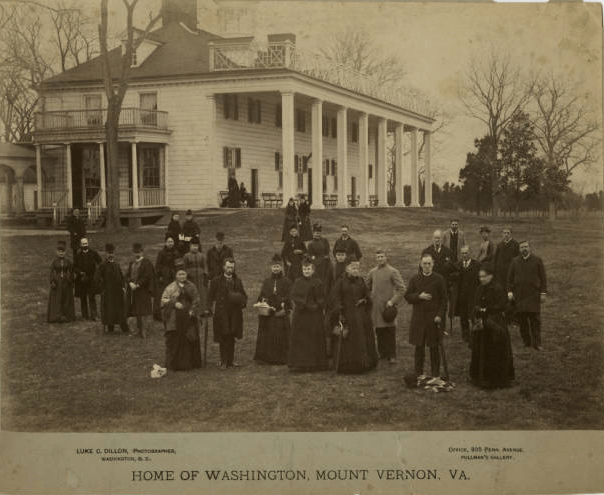 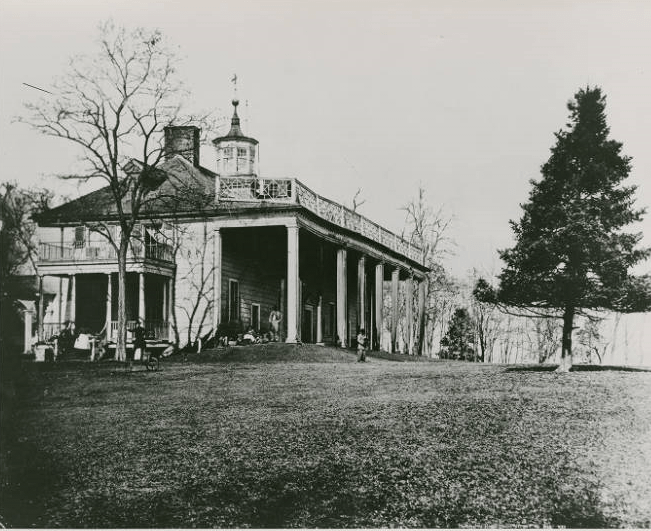 Left: Copy of a circa 1858 photograph of the Mount Vernon Mansion, east front

Right: Visitors posed on the southeast lawn in front of the Mansion, 1884-1894

For more than 160 years the Mount Vernon Ladies' Association has worked to preserve George Washington's home.

The Mount Vernon Ladies' Association's Regent serves as the head of the board. Each woman is action-oriented and works to preserve and restore George Washington's Mount Vernon.