By 1787, the union between the states was unraveling. To save the young nation, delegates from 12 states met in Philadelphia and, with George Washington presiding, created a new form of government.

George Washington and the Making of the Constitution 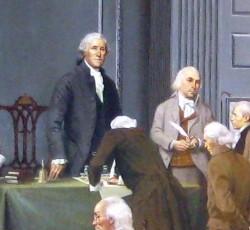 Presiding Over the Convention: The Indispensable Man

Rising above conflicts between individual states, Washington created an atmosphere that allowed convention members to reach the compromises necessary to create a bold, new government. 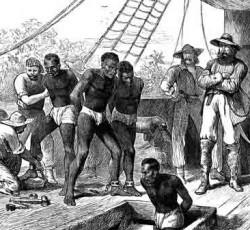 5 Issues at the Convention

The new nation was hanging on by a thread with a weak Articles of Confederation and growing conflicts between the states.  Without resolution on these issues the new nation would certainly be in peril. 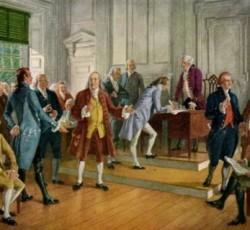 6 Key Players at the Constitutional Convention

As Washington sat above this group, observing the chaos, there were five other players that had key roles in the creation of the Constitution. Each of these men brought specific ideas about the role of government in the new nation.

Explore the Acts of Congress for Yourself

George Washington's original copy of the Acts passed at a Congress of the United States of America (New-York, 1789) contains: the Constitution, the Bill of Rights, and a record of acts passed by the first Congress. In the margins of four separate pages, Washington wrote the words "President," "Powers," and "Required," highlighting the responsibilities of his new role.

The Bill of Rights

Explore the primary source document of the first ten amendments to the U.S. Constitution, also known as the Bill of Rights.

Need some help with a school or research project? Contact me if you have a question or are looking for a George Washington resource for your research!

When serving as President of the United States, why did George Washington choose not to end the institution of slavery in American?