Christmas with the Washingtons 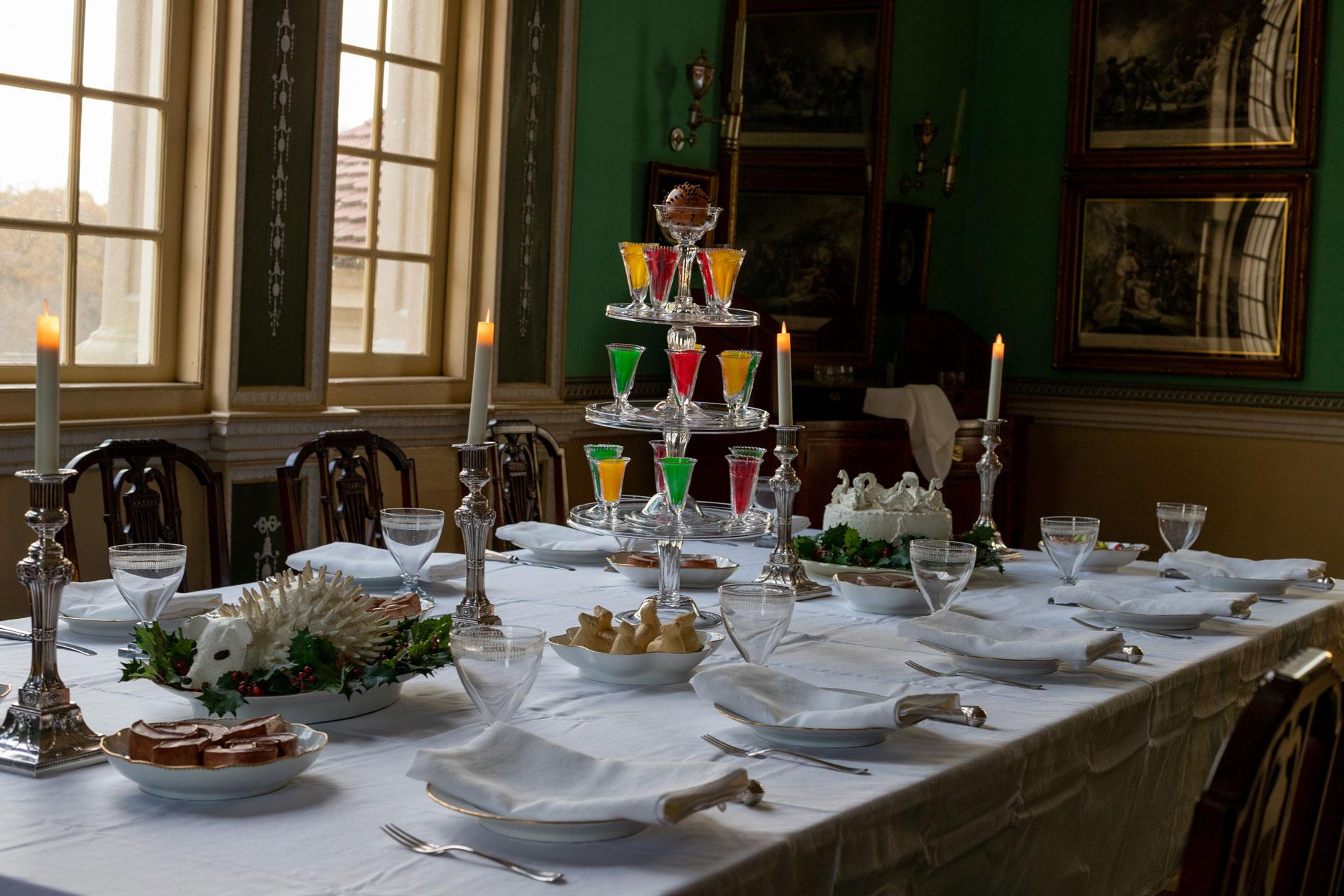 To celebrate the holiday season Mount Vernon’s team has made some changes to the Mansion. Christmas was primarily a religious holiday in eighteenth-century Virginia, but then, as now, it was also a festive occasion marked by visits between friends and relatives, parties, and public assemblies. The Washingtons' holiday season began a few days before Christmas and lasted either until Twelfth Night, or Epiphany, which marks the visit of the Magi to the infant Jesus on January 6. Many Virginians traveled on horseback or by carriage to visit family and friends during these several weeks. George and Martha Washington were seldom the guests of others at Christmas; however, they hosted numerous close friends and relatives, often for several days at a time, at Mount Vernon.

Christmas was a rare holiday for many enslaved people at Mount Vernon. While enslaved cooks and those who worked in the house had extra work to do, most other enslaved people received four days off. This time provided a rare opportunity to rest and visit with family and friends at Mount Vernon and on neighboring plantations. George Washington’s financial records occasionally note gifts of extra food, alcohol, or money to certain enslaved people at Christmas, such as in December 1788, when Peter and Giles each received six shillings.

Most dinners at Mount Vernon consisted of two courses, each offering a variety of savory and sweet dishes, followed by fruits, nuts, cheese and wines to end the meal. However, on occasion, a separate dessert course, such as we see in the New Room, was offered. The enslaved butler and valets have cleared the table of the previous course and are preparing to carry away the final dirty plates.

A dessert pyramid towers over the table. Made of three stacked glass salvers of graduated size, the pyramid hold jelly glasses filled with translucent, sweet, tasty jellies in a variety of colors made by the Washingtons’ enslaved cook. Other sumptuous treats on the table include a hedgehog cake, Twelfth Night cake, plum pudding, macaroons, colored marzipan sheep, shells and fruits, diamond-shaped almond cakes topped with sugar-coated almonds, and diamond-, heart- and crescent-shaped mince pies arranged in geometric patterns.

Also shown here is the Washingtons’ French porcelain service has been brought out for the holiday season. In 1789, George Washington purchased this service from the Comte de Moustier, the French minister to the United States, when the diplomat was recalled to France. The Washingtons used this service throughout the presidency and on special occasions after returning to Mount Vernon.

According to Nelly Custis Lewis, Martha Washington typically spent the time between 9 and 10 a.m. in her room “for an hour of meditation reading & prayer and that hour no one was ever allowed to interfere with.” She also began her day by preparing the household’s schedule and instructing servants on their daily tasks.

A heavy wool bed rug has been added to the Washingtons’ bed for the winter months. In the Chesapeake region rugs were often imported from England and were especially popular in the years before the Revolution.

The Washingtons welcomed many guests to Mount Vernon during the busy holiday season, and it is likely that all available space was utilized to accommodate everyone. Molly and Caroline, the two enslaved chamber maids, have prepared the room to receive guests. The bed curtains and linens typically remained in storage to protect them from light and pests, and the chamber maids brought them out and assembled the bed only when a guest would be using the bed.

A guest has retired for the evening in the Downstairs Bedroom, where the curtains are lowered to allow protection from the freezing drafts of winter nights. Despite such precautions, houses in the eighteenth century could be bitterly cold during the winter months, and guests might even have arisen in the morning to find their wash water frozen solid.

As part of the Yuletide celebrations, Martha Washington arranged for a type of fruited cake known as a "Great Cake" to be baked and served as a dessert on the last of the twelve days of Christmas, known as Epiphany or Twelfth Night. Martha Washington's Great Cake was a large celebratory cake consisting of fruit and spices. Here, Washington’s housekeeper, Mrs. Forbes, and his two enslaved cooks, Nathan and Lucy, begin gathering ingredients to make this traditional delicacy. They have gathered flour, sugar, butter, and eggs.

There is so much to see and do this holiday season at Mount Vernon!